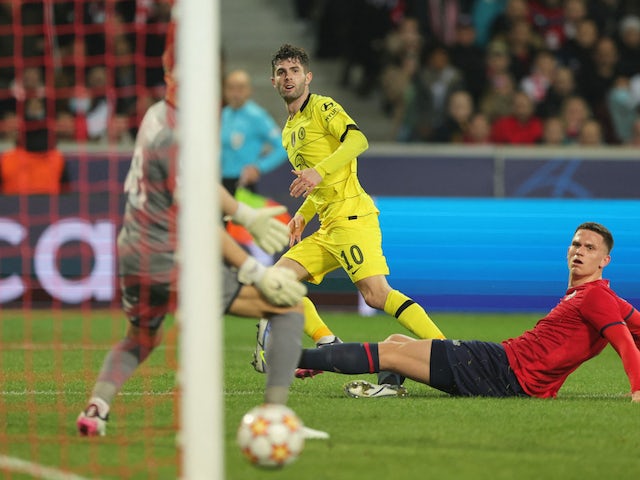 Chelsea are reportedly contemplating whether to open discussions with Roma regarding a swap deal involving Christian Pulisic and Nicolo Zaniolo.

As well as looking to sign a new centre-back, consideration will be given to freshening up his options in the final third if an opportunity arises.

Throughout the current transfer window, it has been suggested that the likes of Christian Pulisic and Hakim Ziyech may make the switch to Italy.

According to Calciomercato, at least one of those scenarios may come to fruition if Roma hold an interest in the former.

While the United States international was provided with 39 appearances in all competitions last season, he did not always feature in Tuchel’s starting lineup.

The 23-year-old was also one of several Chelsea players to squander clear-cut chances in big moments, an issue which Tuchel has alluded to on more than one occasion.

With just two years left on Pulisic’s contract, it is claimed that Chelsea may be prepared to negotiate a swap deal involving Zaniolo.

Like Pulisic, the Italian’s contract is due to expire in 2024 and it is unclear whether fresh terms will be penned at Stadio Olimpico.

The 23-year-old proved to be a key player under Jose Mourinho during 2021-22, contributing eight goals and nine assists from 42 outings in all competitions.

Nevertheless, speculation persists that the wideman may depart the Europa Conference League champions before the start of September.

Although Tottenham Hotspur have been heavily linked with a move for Zaniolo, the North London outfit are yet to agree terms with their counterparts at Roma.

That could seemingly let in Chelsea with Pulisic and Zaniolo arguably being valued in the same kind of price bracket given their contract length, wage and squad status.