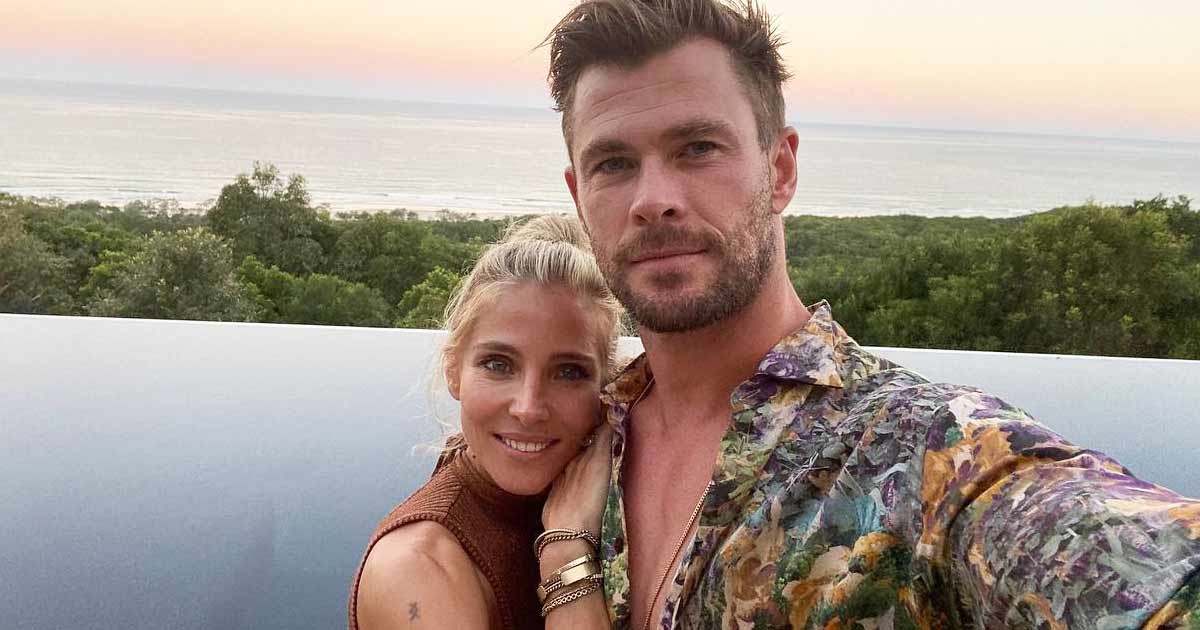 ‘Thor’ Chris Hemsworth is a stud and I bet many will find it hard to believe that he turns 39 today – yup he’s begun his journey to a naughty forty now. The actor, who is known across the globe thanks to his superhero character among other roles, is married to Spanish model-actress Elsa Pataky. Today, while we celebrate the actor’s birthday, we have a special throwback story for you.

After beginning their relationship in early 2010, the ‘Avenger’ star and the ‘Interceptor’ actress married during the Christmas holidays the same year. Since then, they have been blessed with three kids India Rose, Tristan, and Sasha. With both being actors – who have had some steamy scenes in films, have you ever wondered if they have watched each other’s frisky scenes?

Well if you did, let us tell you we have the answer. In a 2019 conversation with OK! Magazine, Elsa Pataky got candid about the same and revealed she and Chris Hemsworth do watch each other’s steamy s*x scenes. Read on to know all she had to say about it and how they go about it too.

While talking to the magazine – while promoting the Netflix series, Tidelands wherein she played an alluring sex siren, Elsa Pataky was asked if hubby Chris Hemsworth has watched all of her s*x scenes in the racy sci-fi series. Answering the interviewer, she said, “Yes, he does.” She then spoke about one of the s*x scenes from the show saying, “But I think it has so much behind it, and in that [first s*x] scene, it’s not so much about s*x. It’s about power, and the relationship between two characters that actually distracts you from what is happening. It’s a very different kind of s*x scene, I think.”

When asked if she’s watched Chris Hemsworth get busy in the sheet on-screen too, Elsa Pataky said, “Yes, it’s part of our work. We know that, you know?” She further added, “It’s what we do, and there’s nothing there [with our co-stars]. We’re all very professional. Like, c’mon. His best friend came to me and was like, ‘That was horrible!’ and I was like, ‘Well, settle down, because Chris has had a lot of them, too.’”

Well, guess the trick to their strong marriage is being able to accept that what happens on-screen is professional and has nothing to do with their personal life.