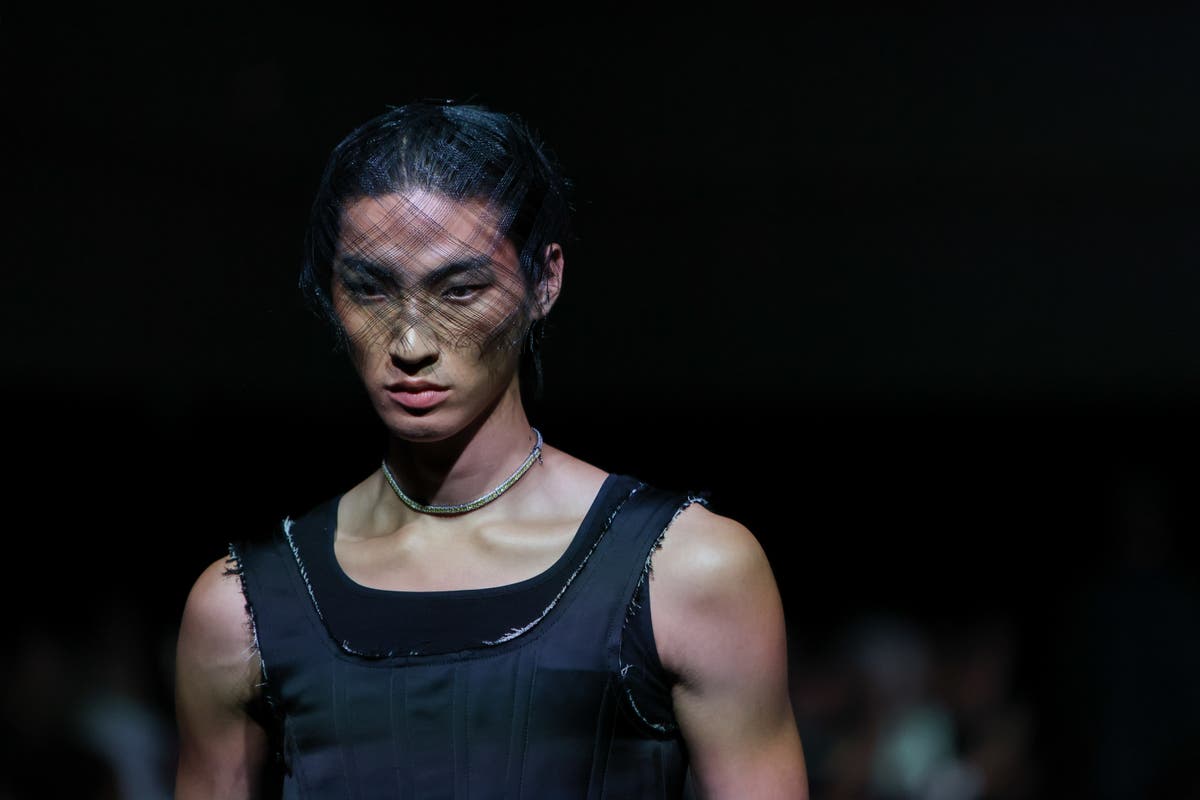 London Fashion Week got off to a reflective start on Thursday, as Daniel W. Fletcher’s show began with a minute’s silence in remembrance of the Queen. “I thought as we are opening the event it was important to mark that moment,” said Fletcher. For the independent London label, cancelling had not been an option. “We looked at what we could do to make it respectful and then still go ahead. Because ultimately it’s a really important business event for us, we can’t afford to just cancel. So much work and money has gone into it.”

Instead the soundtrack was changed from the 80s power ballads he had planned to something more sombre, and the show opened with a black morning suit made in British wool with a black armband on it, a traditional sign of mourning.

The show was a celebration of London, the city Fletcher has now called home for ten years. “From the punks of Kings Road to the pearly Kings and Queens of Soho and even the bankers in the city… it’s about all those sartorial influences that have made the city what it is today.”

Fletcher also riffed on some of his own signatures from the last decade. He did a new take on the pyjama shirts that he launched his brand with, the corsets first appeared in his spring/ summer 2019 show and the jockey shirt that he first designed as a contestant on Netflix’s hit show Next in Fashion (he came an impressive second place).

Later in the evening Harris Reed held his first walking catwalk show in Moorgate, with music from Queen’s frontman Adam Lambert. London Fashion Week continues today with shows from Fashion East and emerging labels Knwls and Chopova Lowena. Royal Warrant holder Burberry has postponed its show to later in the month, while Raf Simons has delayed his London debut to February. While all parties and dinners have been cancelled, the weekend’s schedule remains jam-packed, with shows from Molly Goddard, Halpern, David Koma and Christopher Kane set to come over the weekend. All shows that were scheduled for Monday have been moved to Tuesday, in light of the Queen’s funeral.