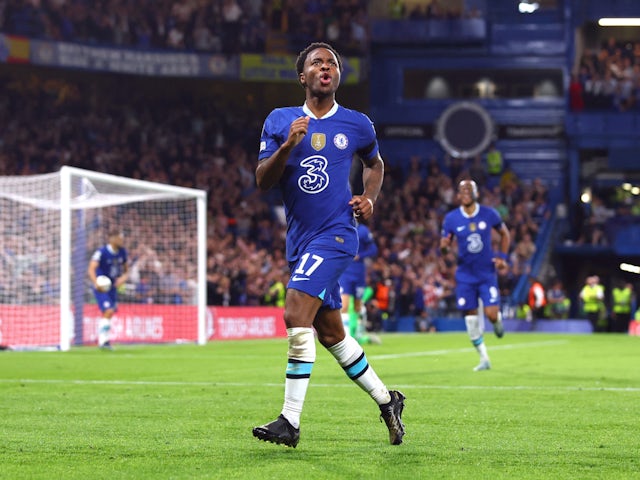 Head coach Graham Potter suggests that he will take the positives from Chelsea’s performance in the 1-1 draw with Red Bull Salzburg in the Champions League.

Graham Potter has suggested that he will take the positives from Chelsea‘s 1-1 draw with Red Bull Salzburg in the Champions League.

Having unexpectedly replaced Thomas Tuchel as the Blues head coach last week, Potter’s first task was to try to get the club’s European campaign up and running after the defeat to Dinamo Zagreb eight days ago.

Everything appeared to be heading Chelsea’s way when Raheem Sterling gave the West Londoners the lead shortly after the break.

However, a mistake from Thiago Silva led to Salzburg finding an equaliser through Noah Okafor 15 minutes from the end of the contest at Stamford Bridge.

Chelsea squandered opportunities in the first half and when chasing the game during the closing stages, Armando Broja wasting his side’s best chance in stoppage time.

Nevertheless, Potter feels that Chelsea will soon convert leads into victories if they continue to show the same spirit as they did on Wednesday evening.

Speaking to reporters at a press conference, the Englishman said: “I’ve been very positive with the players, their response, attitude, intelligence, they are top players and are working hard for each other.

“There is a nice spirit in the group but they are disappointed because results haven’t gone as well as they’d like which is normal and you can feel that disappointment and frustration.

“But it’s my job to help them get the results they want, that we all want. Today is not the best start in terms of points for us but in terms of how we acted on the pitch as a group, lots of positives.”

Chelsea remain at the bottom of Group E, three points adrift of leaders and next opponents AC Milan, but Potter is hopeful of a response in the double-header with the Serie A champions next month.

He added: “We can’t lie, it’s not the position we want to be in but we have to respond, it’s as simple as that.

“It’s going to be a tough group I think but there is enough quality in the team and squad that we can respond and we have to look forward to those two games.”

With Sunday’s Premier League fixture with Liverpool having been postponed, Chelsea will now not return to action until the short trip to Crystal Palace on October 1.