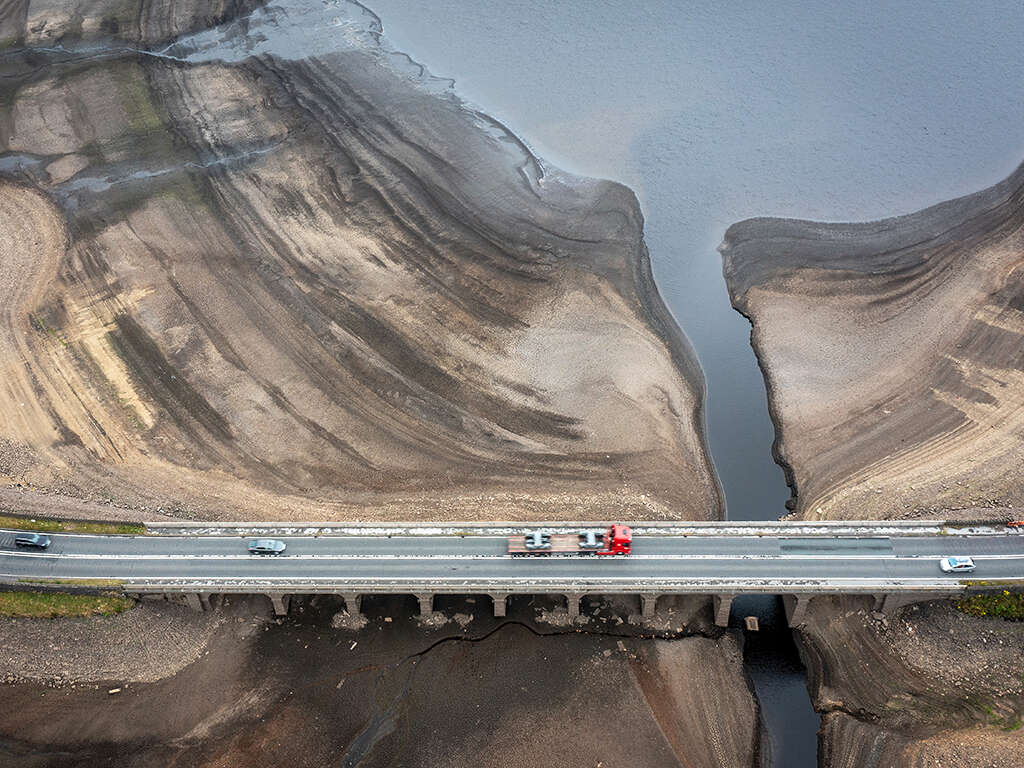 If heatwaves are climate change’s swift and deadly invasion troops, then drought is its slow but crippling undercover agent. This summer, Britain is likely to experience both. Not only did last month include the hottest day on record, it was also the driest July since 1935.

The UK is now facing the likely prospect of drought being officially declared. Rivers are perilously low, grass is parched to the point that wildfires have broken out, and two water companies have announced temporary domestic hosepipe bans. Perhaps most concerning is the pressure being put on the country’s already strained food system, with farmers fearing water-use restrictions and remembering the drought of 1976, when food prices rose by 12 per cent. The Environment Agency’s National Drought Group has convened early to discuss a strategy to respond to the threat.

Precedent has much to teach. The last UK drought occurred in summer of 2018 and it was later found, in a study published in the journal Earth’s Future, that the season’s heat “could not have occurred without human-induced climate change”. Urgently reducing greenhouse gas emissions to limit the extent of further climate change should therefore be of paramount importance. Yet there are also other measures that the government, water companies and individuals can take to limit the impact of reduced rainfall.

The UK’s water table is like a sponge. It takes a long time to fill up, usually, peaking in January or February, and then a long time to go down, with levels often lowest in September. This means that, for regions which largely rely on groundwater for their treated water supply, the more rain that can be kept from washing quickly into rivers and out to sea, the better the year-round water levels. Restoring natural landscape features that retain water on the land are an obvious solution here – from restoring wetlands and woodland to reintroducing beavers.

“Reintroduce them swiftly in numbers everywhere,” tweeted the author and ecologist Derek Gow, in praise of beavers’ dam-building skills. “They will irrigate the land.” Beaver-dam analogues have been introduced into the hills and moorland around the Glenlivet whisky distillery, in collaboration with researchers at the University of Aberdeen. The dams, made of natural materials including wood and local stone, can be placed at sites where the soil is most suited to absorbing and storing water, Dr Josie Geris, senior lecturer in hydrology at Aberdeen, explained. “We’ve already seen the government has plans and funding schemes available for implementing similar features for flood related purposes; we could now think about using them more widely in the context of drought.”

[See also: Can we save the Amazon rainforest?]

For areas of Britain which primarily capture their water in large, concrete reservoirs, however, reduced rainfall will require more action. A 2020 report from the National Audit Office found that parts of the south and south-east of England would “run out of water in the next 20 years” unless transformative measures are taken. The chief executive of the Environment Agency has described the looming point where demand for water overtakes supply as the “jaws of death”.

Solutions include faster, better-coordinated action from water companies to build infrastructure and fix that which already exists, yet progress is proceeding at a trickle. A new reservoir approved by Ofwat, the water regulator, in 2019 will be the first to be built in the south-east since the 1970s. Ofwat also warned in 2019 that progress on fixing leaks from water pipes has stalled, estimating that around 21 per cent of water put into public supply each day is lost this way.

The Liberal Democrat MP Tim Farron told the New Statesman: “These water companies are paying their executives eye-watering bonuses and giving away massive dividends while their infrastructure is in desperate need of upgrades. From leaking pipes to sewage overflows, it is time these water companies put our environment and the public ahead of profit. I hope this summer’s drought is a wake-up call to ministers to get tougher on these companies.”

Action has so far been limited by contractions and challenges. Water companies must now balance the sometimes competing pressures of meeting conservation targets (such as extracting less water from rivers) and reducing carbon emissions against building new infrastructure such as reservoirs, which consume energy to build and operate.

Clearer directives and support from the government are needed to guide the water companies, said Christine Colvin, a director at the Rivers Trust, but a change in public attitude is necessary too. “One of our biggest barriers to change is that we think of ourselves as a wet nation,” she said. “We no longer have enough water to meet our current consumption patterns. We need to start managing water as if it really is a precious resource.”

From aerated taps that improve efficiency, to using rainwater collected in water butts to hydrate lawns, there are many ways that individuals and businesses can change their habits to meet the demands of a water-scarce time. Doing so, however, requires information and sometimes money, and here too the government must step up. If it does not, then the “jaws of death” will only close ever tighter around Britain’s parched land.

[See also: In a drying world can humans learn to adapt?]