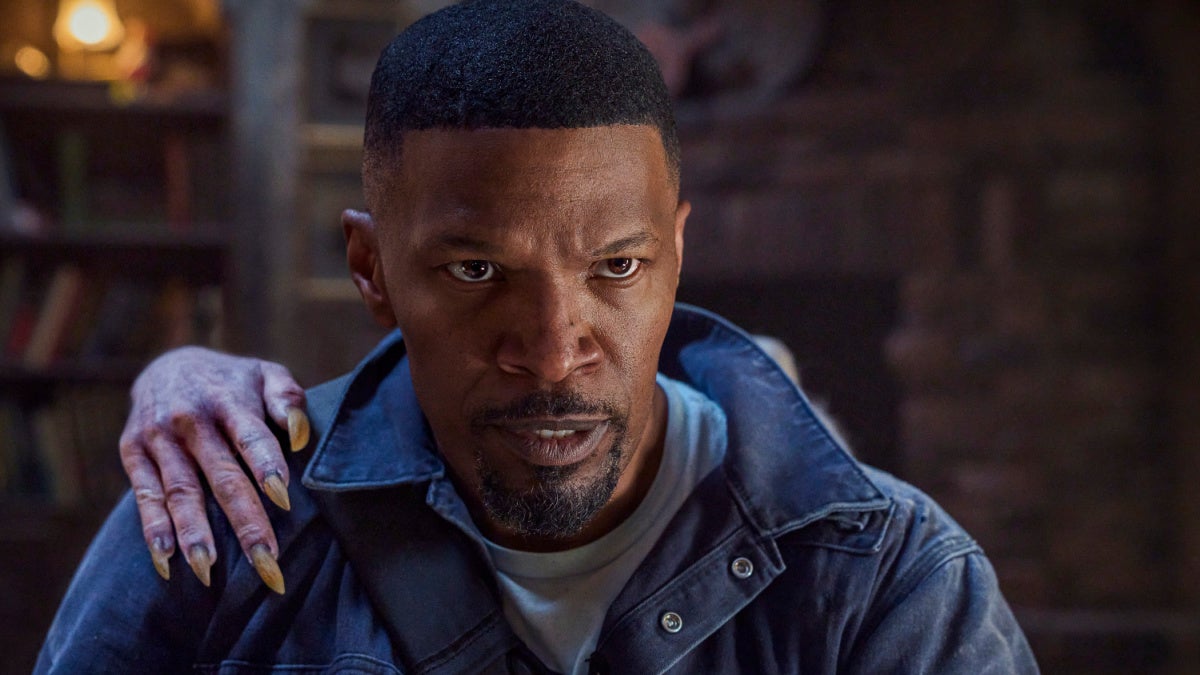 Jamie Foxx has been a very busy man. Ever since he signed a development deal with Sony Pictures, which now has a licensing agreement for features with Netflix, he has worked on everything from a family-oriented comedy series to genre action flicks on the streaming platform.

It’s also the directorial debut of stunt coordinator and second-unit director J.J. Perry, and subsequently, the action scenes here are definitely impressive. And that’s great, because you will not be watching this movie for the script. “Day Shift” is what you get if you put “Supernatural” and “Training Day” in a juicer, extract the plots, and leave only epic fight sequences and lots of teeth.

Foxx stars as Bud Jablonski, a down-on-his-luck divorced dad who makes ends meet moonlighting as a pool cleaner while vampire hunting on the side. In this universe, hunters make a legitimate living by joining a union and following a strict set of rules regarding their kills. They make their money exchanging vamp fangs for cash, but since Bud’s been kicked out of the union, he’s forced to sell his trophies on the black market.

In or out, the older the vamp, the higher the payout, and Bud is looking to score an Elder kill to make cash fast to pay his daughter’s school tuition bill plus alimony before his ex-wife Jocelyn (Good) leaves town.

Calling in a favor from friend and legendary vampire hunter Big John Elliott (Snoop Dogg), Bud can only get back into the union if he brings guild rep Seth (Franco) with him on jobs to make sure he kills by the book. He is promptly put on “day shift,” and since vampires are not fans of sunlight, it’s slim pickings, in terms of both prey and payouts.

Of course, Seth, who has never been out in the field, keeps gumming up the works with red tape, and when Bud kills a vampire connected to one of the most powerful Elders in the region, it’s all Bud can do to keep his family, Seth and most of Compton safe before everyone gets killed or turned.

An action movie first and a vampire story second, “Day Shift” offers very few scenes that aren’t crafted around a fight, even when it’s unnecessary — for instance, when Bud goes 10 rounds with a vampire indoors during the day, instead of simply opening the curtains and letting sunlight do its damage. An excess of car chases, gun-kata and undercranked close-quarter hand-to-hand combat scenes make half the movie look more like a stuntman’s demo reel than a vampire thriller, but Foxx and Franco bring fun and humanity to the film. Their comedic buddy-cop chemistry plays as mostly believable, even though it sometimes strays toward the ridiculous. (Seth has fear-triggered incontinence.)

Their banter, plus Seth’s encyclopedic knowledge of vampires, holds the plot together between impossibly high-octane fight scenes, one of which includes throwing a bullet from one gun into another. Perry, stunt coordinator Felix Betancourt and cinematographer Toby Oliver (“Get Out”) do impressive and intricate work here, despite the deliberate choice to color-grade the entire film like a 1990s McG music video.

Although Netflix’s “Day Shift” promotions give the impression that Snoop Dogg is a co-star, he appears in only a handful of scenes, as does Stormare, in his usual curmudgeon role as Troy, a black-market loan shark for vamp paraphernalia. Far from her “How to Get Away With Murder” gig, Souza digs more into her telenovela repertoire, chewing the scenery as Elder vampire Audrey San Fernando, a wealthy Realtor gentrifying the Valley with the undead.

It’s the ensemble’s youngest member, Zion Broadnax (“Abbott Elementary”), who steals every scene she’s in as Bud’s daughter Paige. From the sarcastic way she has her father wrapped around her finger to her kickass co-pilot role during a car chase, it’s a standout turn from an up-and-comer.

“Day Shift” doesn’t offer much in the way of surprises, but audiences whose taste runs to horror comedies that are heavy on action and light on plot may enjoy sinking their teeth into this one.