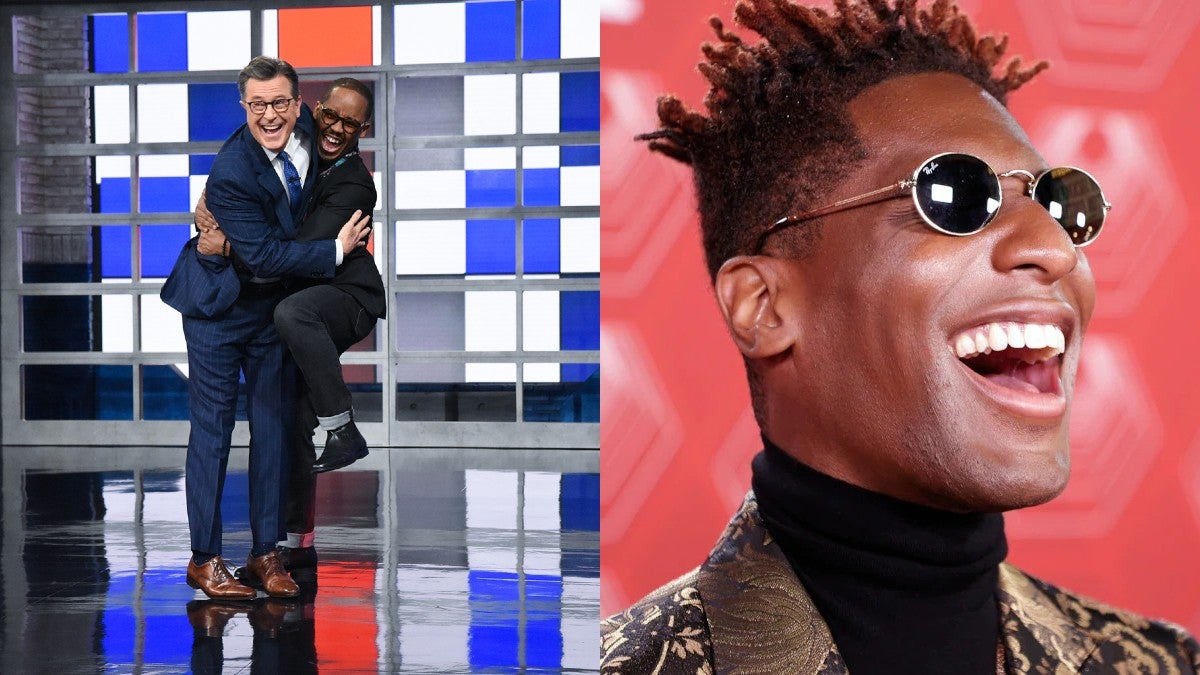 After 7 seasons, huge changes have come to “The Late Show With Stephen Colbert.”

On Thursday’s episode of the show, Colbert announced that Grammy winning songwriter and musician Jon Batiste is exiting the show and will be replaced as Band Leader by longtime “The Late Show” band member Louis Cato.

“We’ve been so lucky to have a front row seat to Jon’s incredible talent for the past seven years. And will we miss him here? ‘Yeaaa!’ But we’re happy for you, Jon, and I can’t wait to have you back on as guest with your next hit record,” Colbert said.

Batiste has been on hiatus from “The Late Show” all summer and in his place, Cato has served as interim band leader. “Louis has done a great job this summer, and he is very humble, so he won’t say this. But I will. He’s a musical genius. He can play basically every instrument over there. Give him an afternoon, he’ll learn how to play Mozart on a shoehorn,” Colbert said.

Batiste didn’t prepare a statement, but according to CBS he’s departing to pursue “personal and professional interests.” His exit comes just a few months after his triumphant showing at the 2022 Grammys, including winning Album of the Year of “We Are.”

“It has been one of the great honors of my life to work on this show, alongside some of the most talented musicians and creatives I know,” Cato said in a statement. “Watching and learning from both Jon and Stephen for these past seven years, I’m genuinely excited to continue the tradition of excellence they’ve established.”

Like Batiste, Cato has performed on “The Late Show With Stephen Colbert” since it launched in 2015. He’ll be joined by Joe Saylor, who has also performed since the show’s inception, and longtime house band members Louis Fouché, Jon Lampley, Endea Owens and Nêgah Santos.

Cato is a Grammy-nominated and acclaimed multi-instrumentalist, producer and songwriter who has worked with Beyoncé, Mariah Carey, John Legend, Talib Kweli, Snarky Puppy, David Sanborn, George Duke, Bobby McFerrin, Marcus Miller, John Scofield and A Tribe Called Quest. He attended Berklee College of Music and released his first solo record, “Starting Now,” in 2016. His next album, “Reflections,” is currently in post production and due later this year. He is repped by manager and creative producer Sam Goldberg and Jake Levy at Levy Law PLLC.