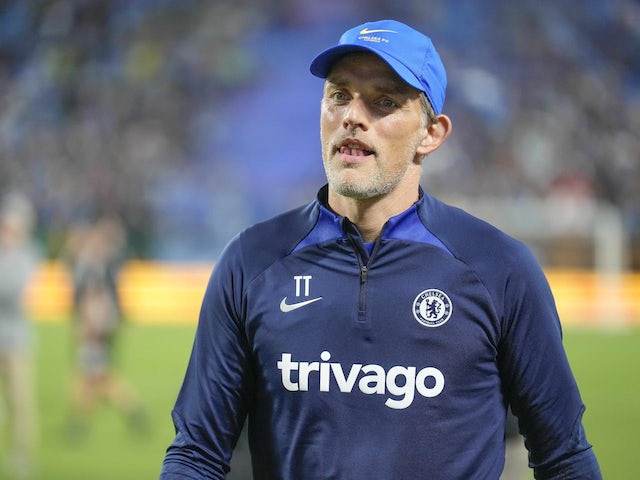 Lazio manager Maurizio Sarri reportedly wants to wrap up a deal for Chelsea left-back Emerson Palmieri within the next two weeks.

Lazio reportedly want to wrap up a deal for Chelsea defender Emerson Palmieri within the next couple of weeks.

The 28-year-old was shipped out on loan to Lyon for the 2021-22 season after falling behind Ben Chilwell and Marcos Alonso to third choice in the Stamford Bridge ranks.

Emerson ended his time at Lyon with one goal and two assists to boast from 34 appearances in all competitions, and he started 26 Ligue 1 matches under Peter Bosz.

The left-back was also a regular fixture in the Gones XI during their run to the Europa League quarter-finals, but there was talk of an early return to Chelsea after Chilwell’s serious knee injury.

Emerson nevertheless saw out his time at the Groupama Stadium and has been involved for Thomas Tuchel‘s side in pre-season, but his future is still being called into question.

Emerson’s contract with Chelsea only has two more years left to run, and a return to Serie A could be on the cards for the former Roma defender.

According to La Gazetta dello Sport, Lazio – managed by former Chelsea head coach Maurizio Sarri – are hopeful of completing a move for Emerson in the next couple of weeks.

The report adds that Emerson would be open to a return to the Italian top flight, but he would be forced to take a hit on his yearly £3.8m salary.

Furthermore, the left-back would only join the Biancocelesti on an initial loan deal, and Sarri’s side are yet to reach an agreement with Chelsea over a transfer.

Lazio will begin their 2022-23 Serie A season against Bologna on August 14, and Sarri supposedly wants Emerson to be integrated into his squad in time for that fixture.

Chelsea paid Roma £18m to take Emerson off their hands in January 2018, and he has since racked up two goals and five assists in 71 appearances for the West London club in all tournaments.

Emerson’s exit would represent yet another defensive outgoing from Stamford Bridge following the departures of Antonio Rudiger and Andreas Christensen to Real Madrid and Barcelona respectively.

Cesar Azpilicueta and Alonso’s long-term futures are yet to be sorted out, and Malang Sarr is also reported to be closing in on a return to Ligue 1 with Monaco after snubbing interest from Fulham.

Chelsea have already reinforced their backline with the signing of Kalidou Koulibaly from Napoli, but their pursuits of Jules Kounde and Matthijs de Ligt ended in failure.

The Blues are now attempting to win the race for Brighton & Hove Albion’s Marc Cucurella and have supposedly tabled a bid in excess of £50m for the 24-year-old.