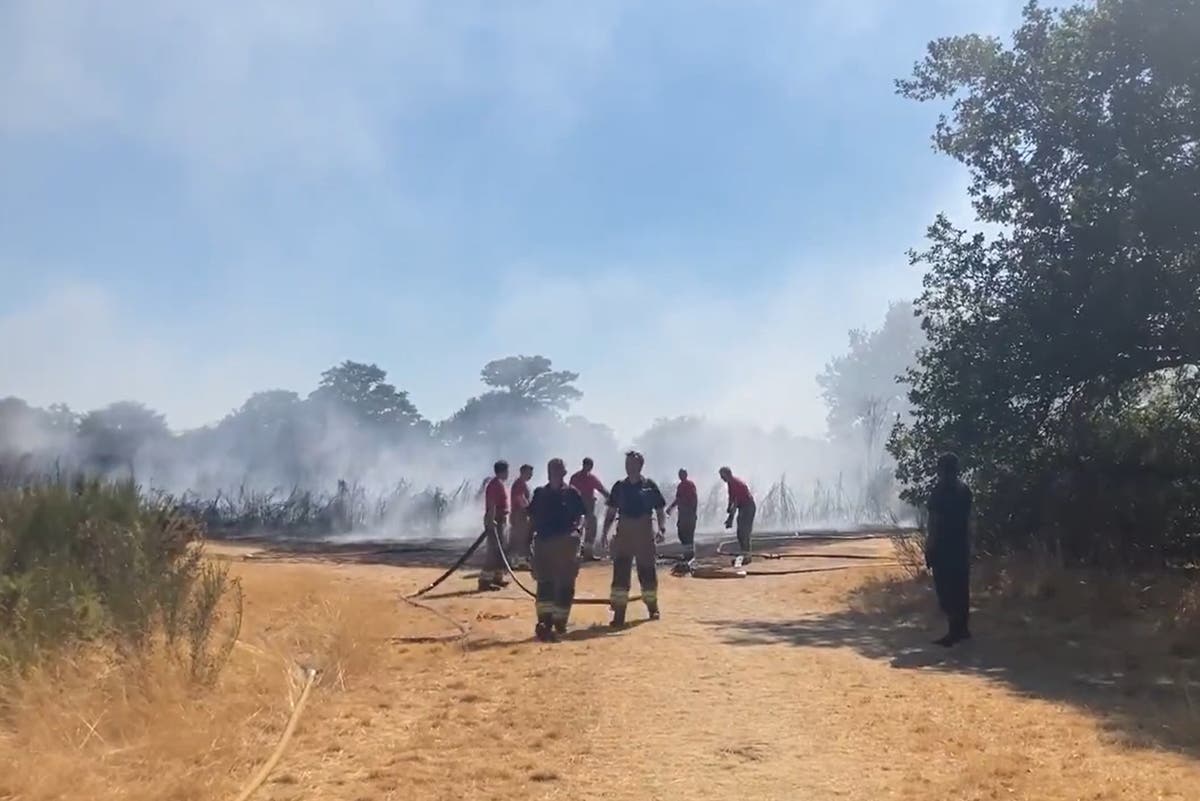 et another a blaze in the capital on Friday has caused an eventful afternoon for a wedding party who were celebrating in a restaurant garden nearby.

Around 50 firefighters were called to the fire which scorched two hectares of grass at Leyton Flats on Whipps Cross Road, northeast London, just before 2pm.

Thick, dark plumes of smoke filled the air, forcing wedding guests at a nearby restaurant to move indoors.

Will Chabral from the Rear Window Restaurant told the Standard guests had been enjoying sunny weather outside in their garden when the sky suddenly turned black with smoke and the sun turned orange.

Mr Chabral said it was like “the Australian sun” and it “was like the sun was gone”.

The wedding party was ushered inside for around 45 minutes and the restaurant windows and doors were shut.

It made for a “memorable day” for the bride and groom, Mr Chabral said.

He said there have been a number of fires in the grassland opposite the restaurant in recent weeks, but Friday’s blaze was by far the biggest.

While Whipps Cross Road remains closed, Mr Chabral is calling customers who have booked in for tonight to advise that the restaurant remains open.

The blaze has been brought under control and firefighters are dampening down hotspots.

A London Fire Brigade spokesperson said: “There are still high temperatures forecast, especially for the coming days, and the ground remains dry.

“Make sure rubbish, especially glass, is safely thrown away and cigarettes are always properly disposed of.

“Grass will be tinder dry after periods of hot weather, so please don’t have barbecues in parks and public spaces.”

There were 42 calls to the brigade about the fire. Seven fire engines responded just before 2pm.

Crews from Leytonstone, Walthamstow, Woodford and Leyton fire stations are at the scene.