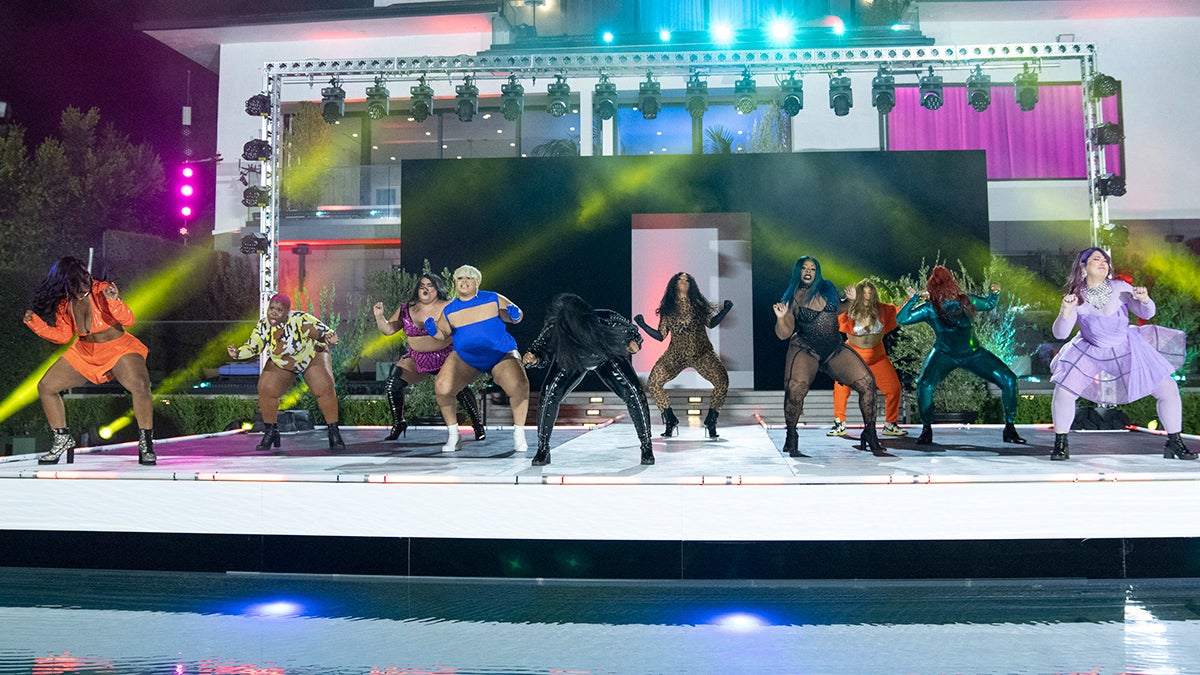 Watch TheWrap’s full Q&A with Nneka Onourah at this link.

“Lizzo’s Watch Out for the Big Grrrls,” from Prime Video, is up for six Emmy awards at this year’s ceremony, but the episode series director Nneka Onourah is nominated for Outstanding Directing for a Reality Program for – “Naked” – might be the one that represents the show best.

The “Naked” episode was the most emotional of the dance reality competition series. Capturing the spirit of superstar Lizzo’s own body positivity message, the women were asked to get naked – or as unclothed as they were comfortable with – for an artistic photoshoot that celebrated their bodies. And it all started with Lizzo’s own “level of vulnerability,” when she spoke to the women, conveying throughout the competition her message of self love, Onourah said.

“[B]y the time we got to the ‘Naked’ episode, I feel like there was such a deep connection between Lizzo and the girls,” Onourah told TheWrap during the Awards Season Screening of “Lizzo’s Watch Out for the Big Grrrls.” “And then in general, Lizzo put the girls first in so many ways because it wasn’t just about her trying to find backup dancers, Lizzo has lived their experiences and wanted to make them shine. And she still does to this day in all of her projects.”

Onourah said her conversations ahead of time with the “Juice” singer focused on “protection of the girls … beyond us making a show.” And during filming, Onourah, who has worked in documentaries, kept a close eye on the competitors and even shared some of her own insecurities.

“After I would shoot I would spend time with the girls, share my stories, my vulnerabilities, things I would experience. The girls would share with me. We would spend time together. It was a real thing,” Onourah said. “And that’s again, using my documentary background to help create protection and safety, which was very key for myself and Lizzo — is that these girls feel safe; they feel heard; and they feel protected. And so that was a big part of our jobs [was] to make sure that they felt that way and they felt seen as well.”

For several of the women, disrobing (even though their bodies were covered by flesh coloured material for the photos) was tough. Onourah was very conscious of the womens’ emotions and despite shooting a reality series, she would pull the camera if someone needed some time.

“So if we were shooting someone, taking a camera off of them for a second; I check in, ‘Are you OK? How are you feeling?’ The girls will talk to me in between scenes, sometimes – ‘I’m just really anxious right now. I’m just really hurting right now.’ Or ‘Today’s a bad day. I’m not feeling my body today,’” Onourah recounted of how she reacted in real time. “Whatever it was, in the moment I stopped and I talked to each girl about what it was so we could work through it and saying, ‘You’re not forced to do anything. Your story is your story.’  … ‘We have other props, we have other ways to do this. It’s all about your story.’”

There were also members of the competition who fully embraced the “Naked” challenge and who dove into the photoshoot (one of the women posed for her photo in a pool).

“Some of the girls really were excited about the nude photoshoot. And so just having understanding and empathy is important and I feel like that’s part of what people felt when they watched it – that it just felt like care, you know? Care. Just deep care and being seen. And so I will focus on that. I’ll say [to the crew], ‘Let’s cut, you guys. Cameras, focus over there.’ And let me talk to Izzy for a second. Let me talk to Charity for a second, whoever it was. Let me talk to Sydney for a second,” Onourah explained. “And I will focus on just hearing them and figuring out how we can strategize around the truth of the moment for them.”