Good afternoon and we’re back for the final week of trials footy ahead of the competition’s start date on March 10.

Manly have named a very strong team for tonight’s clash with the Raiders, with Dylan Walker, Jake Trbojevic, Jason Saab, Jorge Taufua and Lachlan Croker all returning after sitting out last week’s comfortable win over the Tigers. 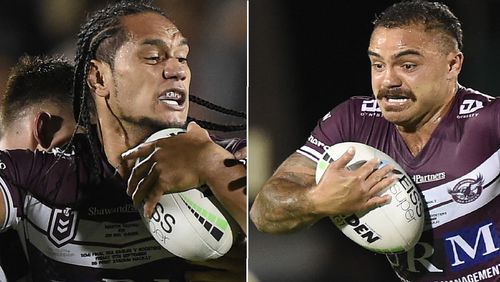 It comes as both Walker, and Martin Taupau, remain without a contract for 2023, and no interest so far from elsewhere.

“At this time of year as a player I am focusing on the pre-season and preparing myself for the year,” Taupau told Fox Sports earlier this week.

“But in terms of a new contract I haven’t spoken to anyone.

“It would be great if there was any interest. If there is any interest that you would know would you pass on a message?”

Walker said similar, saying that he would love a long-term deal somewhere after the insecurity of multiple short-term contracts in recent years.

Livewire fullback Xavier Coates remains in the No.1 for the Green Machine, with Charnze Nicoll-Klokstad sidelined with COVID. The Raiders have ten or so players who didn’t feature last week in action, including Jack Wighton, Josh Hodgson, Josh Papalii and the returning Nick Cotric.