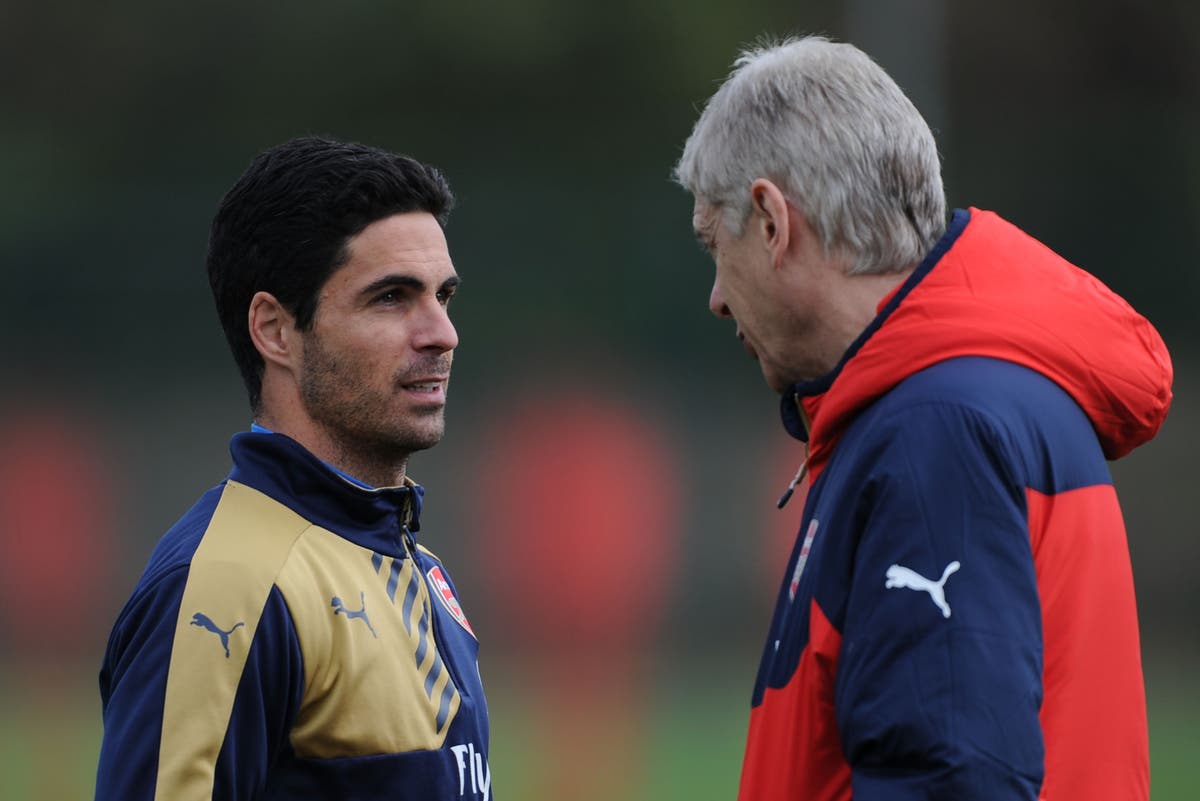 Wenger has not been back since his departure in 2018 and former Arsenal vice-chairman David Dein last week claimed the Frenchman was “hurt, still bruised” by the manner of his exit, which came a year before the end of his contract and amid widespread fan protests over his stewardship.

The Gunners have fared little better in the four years since, though Arteta has this season guided the club to the top of the table after successive summers of heavy spending.

The legendary former coach has previously explained that he doesn’t want to hang over his old stomping ground but Arteta is ready to welcome him back whenever ready.

“I would love to [welcome him back],” he continued. “I think he has explained it. He has every window and door open at this football club when he is ready he can come back when he feels it is the right moment.

“He knows from my side and many other people at this football that they hope it will happen soon. He has inspired a lot of people who would be so happy to see him.”)