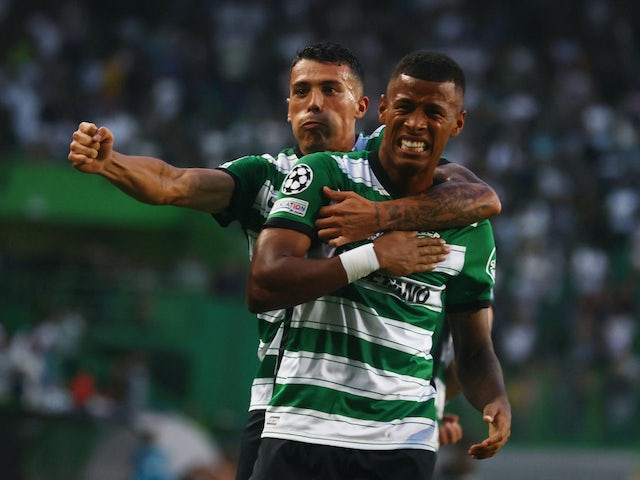 Seeking to pick up a third win on the bounce in the Portuguese Primeira Liga, Boavista play host to Sporting Lisbon at the Estadio do Bessa on Saturday.

The visiting side maintained their perfect record in the Champions League in midweek and set out to pick up a fifth consecutive victory across all competitions.

Boavista maintained their fine run of results in the new campaign as they fought back from behind to claim a 2-1 victory against 10-man Arouca at the Estadio Municipal de Arouca last Sunday.

In a game where Ismaila Soro and Jerome Opoku received their marching orders, Vincent Sasso cancelled out Rafa Mujica‘s 27th-minute opener to end the first half level before Martim Tavares scored in the 70th minute to complete the comeback.

Prior to that, Boavista saw their run of two consecutive defeats come to an end on September 5 when they saw off struggling Pacos de Ferreira 1-0 courtesy of Robert Bozenik‘s 58th-minute strike.

Petit‘s men have now picked up four wins and lost two of their opening six games to collect 12 points and sit fifth in the Primeira Liga standings, two points and two places above Saturday’s visitors.

Elsewhere, Sporting Lisbon maintained their perfect record in Group D of the Champions League as they claimed a 2-0 victory over Tottenham Hotspur when the sides squared off at the Estadio Jose Alvalade on Tuesday.

Having kicked off their quest for European glory with a 3-0 win over German side Eintracht Frankfurt on September 7, Paulinho and Arthur Gomes scored late goals to see off Antonio Conte‘s men and send the hosts top of the group.

Sporting Lisbon have now won four games on the bounce across all competitions, including a resounding 4-0 victory over Portimonense in their most recent Primeira Liga outing last weekend, scoring 11 goals and keeping four clean sheets in that time.

Ruben Amorim‘s side, who secured a second-placed finish last term, head into the weekend unbeaten in 11 of their 13 away games in the league this year, claiming an impressive eight wins and three draws in that time.

Their next challenge pits them against a Boavista side who have lost the last five meetings between the teams and have failed to emerge victorious in any of their previous 17 encounters since December 2014.

Boavista will take to the pitch without 23-year-old midfielder Miguel Reisinho, who continues his long journey to full fitness after sustaining a severe knee injury last August.

Yusupha Njie, who netted five goals last season, suffered an injury against Santa Clara on August 14 and the Gambia international is set to sit out his fifth consecutive game.

Tavares, who has two goals to his name this season, staked his claim for a first start of the season with an inspiring cameo against Arouca and the 18-year-old could be rewarded with a place in the XI.

As far as Sporting Lisbon are concerned, Amorim will be unable to call upon the services of 24-year-old forward Jovane Cabral, who has been out of action since June due to a thigh injury.

He is joined on the club’s injury table by Portuguese midfielder Daniel Braganca, who suffered a knee problem back in May, while veteran defender Luis Neto is a doubt after missing the game against Tottenham through injury.

Fellow defender Jeremiah St. Juste came off with a hamstring injury in the 52nd minute against Frankfurt in the Champions League opener and the Dutchman remains out of contention for the visitors.

Off the back of keeping a fourth consecutive clean sheet, Amorim could name an unchanged back three of Goncalo Inacio, Sebastian Coates and Matheus Reis, shielding Antonio Adan between the sticks.

Boavista have enjoyed a solid start to the season and will be looking to strengthen their position in the top half of the table. However, they go up against a spirited Sporting Lisbon side who will head into the game full of confidence following their Champions League win over Tottenham. We predict the Leoes will come away with a comfortable victory and leave the hosts red-faced once again.

Our expert tipster partners at Sporita.com are predicting under 3.5 goals in this match. Click here to find out what else they are predicting for this game and for more of their tried-and-tested football tips.Under 3.5:curl
ID:494727:1false2false3false:QQ:: from db desktop :LenBod:collect11983: