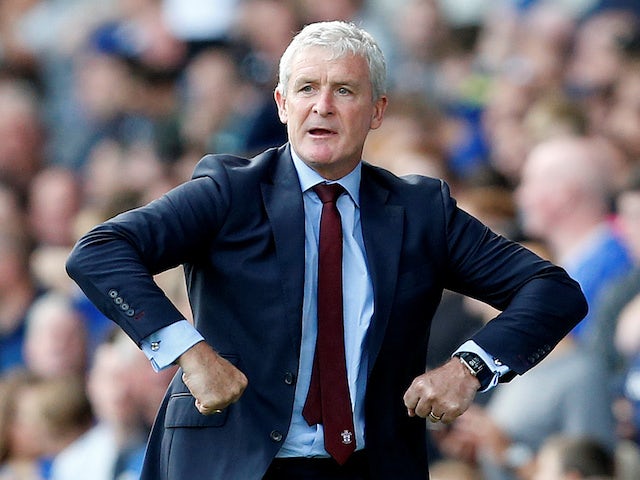 Championship outfit Hull City will be looking to progress to the second round of the EFL Cup when they make the trip to League Two team Bradford City on Tuesday night.

Hull have made a strong start to their 2022-23 domestic campaign, picking up four points to sit fifth in the Championship table, while Bradford are down in 15th in League Two, with just a point from their first two games.

Bradford finished 14th in League Two last season, some 19 points off the playoff positions, and they are yet to win in the new campaign, picking up just one point from their first two games.

Mark Hughes‘s side opened their 2022-23 campaign with a goalless draw against Doncaster Rovers on July 30 before suffering a 3-2 defeat at Barrow on Saturday, with the home side scoring twice in the latter stages to triumph, with their third coming in the sixth minute of additional time at the end of the 90, shortly after the visitors thought that they had claimed a point with a goal of their own.

Bradford have never won the League Cup, but they did reach the final in 2013, with Swansea City running out 5-0 winners at Wembley to claim the trophy.

The Bantams have lost eight of their last nine League Cup fixtures, including a 2-1 defeat to Nottingham Forest last season, and it would be fair to say that this competition does not rank highly on their priority list for the 2022-23 campaign.

Hull, meanwhile, will enter this match off the back of a goalless draw at Preston North End in the Championship on Saturday afternoon.

The Tigers opened their 2022-23 campaign with a 2-1 victory at home to Bristol City at the end of July, and a total of four points from their first two matches has left them in fifth position in the table.

Shota Arveladze‘s side finished 19th in the Championship last season, so the supporters will certainly be expecting an improvement this term, and it has been a positive start for the club.

Hull have never won the League Cup, but they reached the semi-finals in 2017, losing to Manchester United, while they were runners-up in the FA Cup in 2014, losing 3-2 to Arsenal after extra-time.

The Tigers have a huge Championship clash at home to Norwich City next weekend before two more league fixtures against Burnley and West Bromwich Albion in quick succession, so there will be wholesale changes to their XI for the EFL Cup clash with their League Two opponents.

Bradford boss Hughes will make changes to the side that started against Barrow in the league on Saturday, with Andrew Cook, Jake Young, Levi Sutton and Yann Songo’o in line for positions in the side.

There is also expected to be a spot between the sticks for experienced goalkeeper Colin Doyle, but the likes of Richard Smallwood and Liam Ridehalgh should retain their starting roles.

Bradford have not reported any fresh injury concerns ahead of this match, but Hughes will need to assess the fitness of his players following the league clash at Barrow.

As for Hull, Brandon Fleming, Dogukan Sinik, Nathan Baxter and Billy Chadwick will be missing for the Championship outfit on Tuesday night through injury.

There will be changes to the side that took to the field for the first whistle against Preston on Saturday, with Vaughn Covil, Callum Elder, Andy Cannon, Randell Williams and Mallik Wilks all in line for starts.

There should also be a change between the sticks, with 20-year-old David Robson set to be given the nod, as Arveladze looks to keep his key players fresh towards the start of the Championship season.

Neither side will be at full strength on Tuesday night, but Hull will still be able to call upon a lot of quality, and we are expecting the Championship side to triumph, booking their spot in the second round of the competition in the process.

Our expert tipster partners at Sporita.com are predicting under 2.5 goals in this match. Click here to find out what else they are predicting for this game and for more of their tried-and-tested football tips.Under 2.5:curl
ID:491715:1false2false3false:QQ:: from db desktop :LenBod:collect10603: