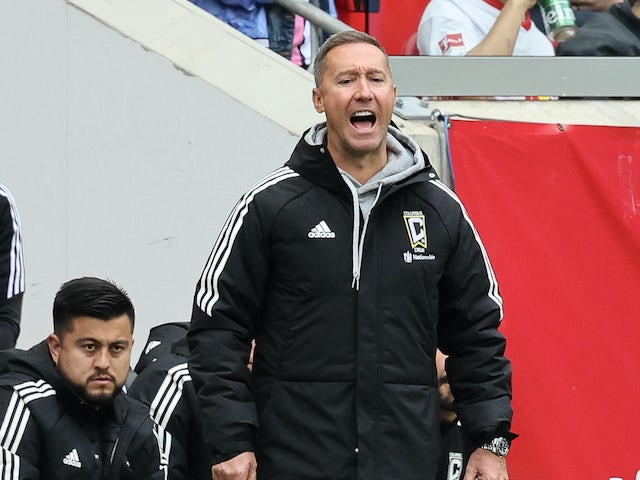 Caleb Porter will face the club that gave him his first head coaching opportunity in MLS as his Columbus Crew host the Portland Timbers at Lower.com Field on Sunday.

The Crew are only two points above the Eastern Conference playoff line after losing 2-1 to Inter Miami on Tuesday, while Portland are sixth in the West following a fourth consecutive triumph last weekend.

With their seven-match unbeaten streak ended by the Herons earlier this week, Columbus find themselves suddenly clinging to that final playoff position in the East.

Earning points in 16 of their last 18 games sounds impressive in theory, however, they have only captured four victories since July, blowing four second-half advantages over that span.

Those nine points dropped may loom large when the regular season concludes, not to mention that they have been in a position to earn at worst a draw in three matches this year heading into the second half before losing.

Saturday will be the first time they face the Timbers in a regular season affair since 2019, with the Crew winning only once in their six previous meetings against them dating back to 2014.

Their next two fixtures will be at home, where the Crew are unbeaten in their last four domestic encounters, posting back-to-back clean sheets.

Columbus have not beaten a Western Conference opponent since a 4-0 triumph over the Vancouver Whitecaps to begin the 2022 campaign, while they have failed to score on four occasions against the West.

The Timbers always seem to come alive at the right moment, and that has been the case again this year as Giovanni Savarese has guided his side to four wins in a row, the second-longest active winning streak in the league behind only the Philadelphia Union (five).

Since 2020, they have only lost two of their 15 matches played in September and are currently unbeaten in 12 successive September fixtures after edging Minnesota United 1-0 last Saturday.

Whatever pep talk Savarese has been delivering to his team at halftime, it appears as though that message has been heard loud and clear as the Timbers have scored 36 of their 50 goals this year in the final 45 minutes, which is tied with Austin FC for the second-most in MLS, and only five back of Los Angeles FC.

Two of their final three regular-season encounters will be on the road, where Portland have won only once in their last four games, conceding 12 goals over that stretch.

From a side that a few weeks ago appeared to be falling out of the playoff picture, Portland have managed to turn their fortunes around and they now find themselves in the hunt to potentially host a postseason contest, currently trailing Nashville SC by a single point for fourth in the Western Conference.

While things are looking up for them, they still have some work to do before they can officially clinch a postseason berth for a sixth successive campaign, sitting five points above the playoff line heading into this weekend.

Cucho Hernandez scored his ninth goal of the season for Columbus in their defeat versus Miami on Tuesday, moving him into a tie for the team lead with Lucas Zelarayan, while Steven Moreira is now tied with Zelarayan and Derrick Etienne for second in assists for the Crew this year, after collecting number five earlier this week.

The last time they faced Portland in 2019, Pedro Santos had their lone strike in a 3-1 defeat at the old Historic Crew Stadium, while Eloy Room has picked up five clean sheets in his last eight home games this season.

Milos Degenek has been called up to the Australian national team as they face New Zealand in a home and home friendly series next week.

Luis Diaz missed their previous match with a red card suspension, Santos is dealing with a right thigh injury, while Artur and Kevin Molino replaced Diaz and Aidan Morris in the starting 11 on Tuesday.

Dairon Asprilla has contributed to five of the last eight goals scored by the Timbers, including the winner last Saturday, Santiago Moreno collected his eighth assist of the year to draw even with Eryk Williamson, while Aljaz Ivacic stopped five Minnesota shots for the clean sheet as he is tied with San Jose Earthquakes goalkeeper JT Marcinkowski for the most saves made this season (103).

Jaroslaw Niezgoda has nine goals to lead all Timber players in 2022, and Bill Tuiloma will represent New Zealand when they face the Socceroos twice next week.

Zac McGraw will miss this match due to a yellow card suspension, Blake Bodily remains sidelined with a right hamstring strain and Felipe Mora is out because of a left knee injury.

Both teams have been relatively consistent over the past few weeks and have found ways to earn their share of points, and we expect a tight defensive battle between these sides this weekend.

Our expert tipster partners at Sporita.com are predicting under 3.5 goals in this match. Click here to find out what else they are predicting for this game and for more of their tried-and-tested football tips.Under 3.5:curl
ID:494774:1false2false3false:QQ:: from db desktop :LenBod:collect12551: