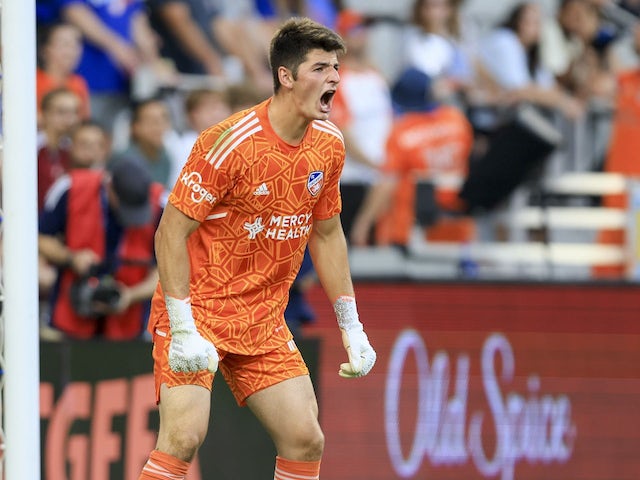 FC Cincinnati wrap up their two-game homestand this weekend in search of their first-ever MLS victory against Atlanta United, when they welcome them to TQL Stadium on Saturday.

The Orange and Blue had a big second half against the Eastern Conference-leading Philadelphia Union last week, scoring three times in 21 minutes, winning 3-1, while the Five Stripes are two points out of a playoff spot after edging the Seattle Sounders 2-1.

There is a first time for everything, and in the case of Cincinnati, they earned their first win against the Union last week.

For Pat Noonan and his side, this season has been defined by several firsts, having already achieved more points, wins and goals than in any other regular season in franchise history, and they are currently positioned to make the playoffs for the first time.

Their eight victories in 2022 is as many as this club accumulated in each of their previous two domestic campaigns combined as this group have grown by leaps and bounds in their fourth year in Major League Soccer.

Cincy are where they are because of their quality in the attacking third and are coming off perhaps their best defensive showing of the season, holding the second-highest scoring team in the Eastern Conference to just two shots on target.

If they can sort out their defensive issues, Cincy could be a dangerous team to contend with, having scored the third-most goals in the East, but at the same time allowing four goals or more on five separate occasions this season.

In 2021 Cincinnati won only once at TQL Stadium while losing 11 times, however, lately, they have turned that venue into a bit of a fortress, currently unbeaten in their last six matches played there.

Down but not out has been a recurring theme for Atlanta United recently, as they are fighting tooth and nail to avoid missing the playoffs for the second time in franchise history.

At home to the Rave Green, Gonzalo Pineda saw his team pull out three points at the bitter end, scoring in the 94th minute to come away with all three points.

With everything that has gone wrong for them this season, particularly on the injury front, it is remarkable that Atlanta are only two points back of a playoff spot, having earned points in four of their previous five fixtures.

Because this is the most expensive roster in the league, it would be easy to say that this team have underachieved in 2022, as they have five teams to catch in the postseason race.

Some late dramatics have enabled them to snatch points in several encounters this season, scoring seven injury-time goals this year, six of which came in the second half.

Their subsequent three encounters are against teams above them in the table, and with a game in hand on several sides who they are currently chasing, it is getting dangerously close to now or never time for the Five Stripes.

The bulk of the Cincinnati offence has come from either Brenner or Brandon Vazquez, who have scored 15 of their last 17 goals (excluding own goals), though their third tally against the Union came from Alvaro Barreal, who also had an assist.

Luciano Acosta set up two goals against the Union as he leads the league with 14 assists, Haris Medunjanin played his final game for the Orange and Blue last week after he and the club mutually agreed to part ways, so he could return to Europe, while Isaac Atanga has been loaned to Goztepe SK in the Turkish second division.

Sergio Santos remains questionable because of a problem in his leg, Kenneth Vermeer is out with a torn pectoral muscle, Ronald Matarrita is still recovering from his ankle surgery, while Beckham Sunderland and Nick Markanich could both be ruled out once again because of concussion protocol.

Ronaldo Cisneros picked up his team-leading seventh goal for Atlanta last weekend, while Andrew Gutman was the hero, tallying the winner in stoppage time, his first of the campaign.

Josef Martinez has six goals in his career against the Orange and Blue, Luiz Araujo and Marcelino Moreno each had assists in their triumph over the Sounders, as Moreno and Thiago Almada are tied for the team lead in that department with six each.

Brooks Lennon and Ronald Hernandez are still questionable with MCL issues, George Campbell has an adductor strain and Emerson Hyndman has a quad problem.

Brad Guzan, Miles Robinson and Dylan Castanheira are all done for the season with Achilles injuries, while Osvaldo Alonso is not expected to recover this year from his torn ACL.

As good as Atlanta have played versus Cincinnati in previous years, this is not nearly the same Orange and Blue side that we have seen in past seasons.

They may still allow their share of openings on the back end, but Cincy’s quality in the final third is difficult for even the most well-organised defensive units to contain, while the Five Stripes struggle away from home, without a win in their last nine road games.

Our expert tipster partners at Sporita.com are predicting over 1.5 goals in this match. Click here to find out what else they are predicting for this game and for more of their tried-and-tested football tips.Over 1.5:data
ID:492038:1false2false3false:QQ:: from db desktop :LenBod:collect13145: