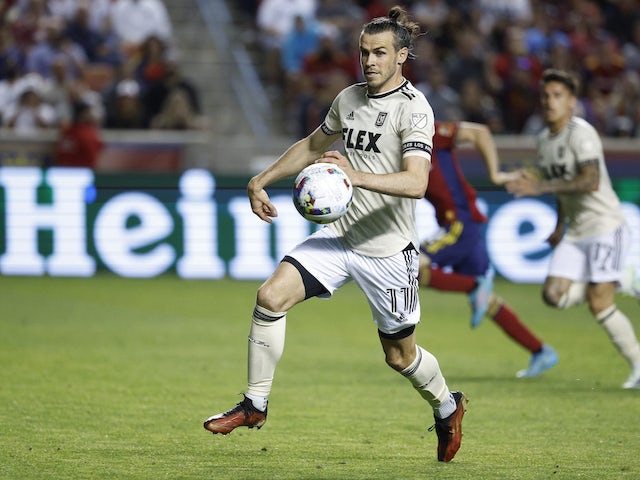 Los Angeles FC will look to extend their winning MLS run to six matches when they welcome Charlotte FC to the Banc of California Stadium on Saturday.

In contrast to the hosts, Charlotte enter the contest off the back of three defeats in their last four matches.

Los Angeles look set to end the regular season in top spot in the Western Conference after winning 16 of their 23 MLS games.

Steve Cherundolo‘s side are six points clear and have one game in hand over Dallas FC, who currently sit in second position.

They extended their winning run last weekend to five matches with a comprehensive 4-1 away victory over Real Salt Lake.

Sergio Cordova equalised for the visitors after Cristian Arango had opened the scoring in the ninth minute, but LAFC restored the lead through Kellyn Acosta before the 20th-minute mark.

Arango’s second goal of the game followed before Gareth Bale wrapped up the 4-1 win that leaves LAFC as the second highest scorers in the MLS and with the best defensive record in the Western Conference.

Unlike their hosts, Charlotte sit outside the playoffs in 11th place, but they can still qualify for the post-season with one point separating them from the top seven.

If they are to make a playoff push they will need to improve on their current run of form, which has seen them lose three of their last four MLS matches.

After losing 3-2 and 4-0 to Inter Miami and Toronto respectively, Charlotte looked to have turned a corner when they thrashed DC United 3-0.

However, they were narrowly beaten 3-2 at home to Chicago Fire last weekend, with goals Yordy Reyna and Karol Swiderski not enough to help their side avoid defeat.

Charlotte face another tough contest this weekend when they travel to Los Angeles looking to clinch just their second away win of the MLS season.

Julian Gaines is sidelined for the hosts, while they are also without Erik Duenas, who is a long-term injury absentee.

Despite scoring two goals in his four MLS appearances – which have all come from the bench – Bale is expected to remain amongst the substitutes.

As for the visitors, Vinicius Mello and Adam Armour are sidelined with injury issues, while Kerwin Vargas is a doubt.

Guzman Corujo could also miss out after being forced off in the first half against Chicago, and if the centre-back is unable to feature he will be replaced by Joseph Mora.

Jordy Alcivar could also be brought into the starting lineup after coming off the bench to play over 30 minutes last weekend.

While Charlotte have lost three of their last four matches, LAFC have won their last five MLS games, and we think they will continue that run with another victory on Saturday.