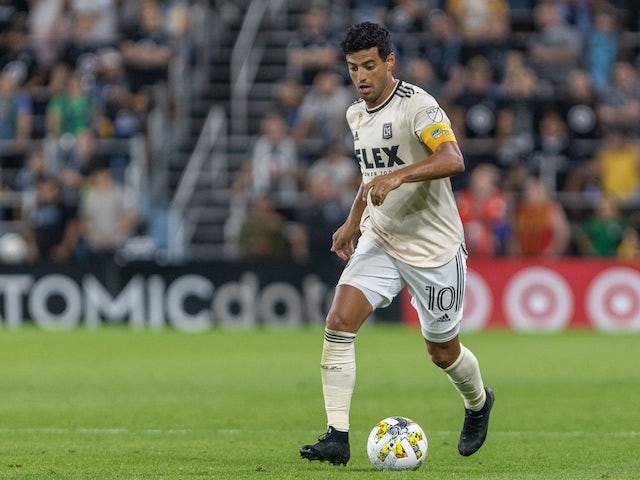 Los Angeles FC can officially clinch first place in the Western Conference of Major League Soccer when they host the Houston Dynamo at Banc of California Stadium on Sunday.

The Black and Gold have just one win in their previous six matches, drawing Minnesota United 1-1 on Tuesday, while the Dynamo won their first game under interim boss Kenny Bundy this week, 3-1 over the New England Revolution.

As they head down the stretch run of the regular season, things have not gone smoothly for Steve Cherundolo and his side.

LA only managed to pick up one point on their recent two-game road trip, though they had the luxury of a big cushion atop the table.

They currently trail the Philadelphia Union by two points for the Supporters’ Shield title, and unlike Philly, who have been red-hot in front of goal lately, the Black and Gold have struggled in that department, scoring just once in six separate encounters since August 16.

Fortunately for them, two of their final three games before the playoffs will take place at Banc of California Stadium, where LAFC have captured eight successive domestic encounters, outscoring their last three opponents by a combined score of 8-0.

Sunday will be the fifth time that they will host the Dynamo in a regular season affair, and historically LA have never lost a home game against Houston.

The all-time regular-season points record set by the New England Revolution (73 points) may be out of reach, but if Los Angeles can capture their next three games, it would set a new franchise record for wins in a single campaign, eclipsing the old mark from 2019 (21).

In just two matches at the helm, interim boss Kenny Bundy is making a solid case as to why he deserves to be the full-time coach of the Houston Dynamo moving forward.

Even though they have had fewer than 50% possession in each of their last two matches, the whole team look more organised and committed to holding their positions than they did throughout most of the campaign under former manager Paulo Nagamura.

Winning a road match would be another check mark on his resume, though this team have not been able to do that since July 17, losing four of their last five away games, while that other result was a 1-1 draw versus the Colorado Rapids.

For a fifth successive campaign, Houston will not experience the postseason, though if you look at some of their statistics in 2022, you can see that they have taken some baby steps forward when compared to a year ago, claiming three more victories (nine) and three more points than they had last season (33).

At the moment, they find themselves in 13th position, leading the San Jose Earthquakes by three points, and if they can maintain that place or improve on that, it would be the first time since 2019 that they did not finish a season in the Western Conference basement.

Houston defeated LAFC for the first time in their history at the end of August (2-1), just their second victory of the year versus a team that is currently in a playoff position.

Carlos Vela scored the equaliser for LA against the Loons earlier this week, his first open play goal from outside the box in almost three years, Kellyn Acosta collected his third assist on that play, moving to within one of Cristian Arango for third on the team, while the Colombian had his four-match goalscoring streak end on Tuesday.

Acosta is one of four LAFC players to be called up for international duty as he looks to earn a spot on the US men’s national team ahead of the World Cup, while Diego Palacios, Sebas Mendez and Jose Cifuentes have all been named to the Ecuadorian team for their upcoming matches.

Maxime Crepeau has three consecutive clean sheets at Banc of California Stadium, while Cristian Tello made his MLS debut this week as he replaced Denis Bouanga shortly after the hour mark in Minnesota.

Darwin Quintero scored the winner for Houston on Tuesday, his first since June 29, while Fafa Picault notched a brace and Corey Baird had two assists.

Griffin Dorsey and Sebastian Ferreira scored in their 2-1 triumph over LAFC late last month, with Adalberto Carrasquilla collecting an assist, while Steve Clark stopped seven of the eight shots fired his way to preserve the victory.

Hector Herrera was called up to the Mexican national team this week, Ferreira was named to the Paraguay squad and Darwin Ceren will represent El Salvador when they face Honduras and Peru during the international window.

Memo Rodriguez, Herrera and Ethan Bartlow all have leg injuries, while Daniel Steres is dealing with an injured right arm.

LA have more wins at home than any side in MLS this season, while Orange Crush have the third-fewest road victories in the Western Conference.

Besides that, Houston do not have the individual quality to handle LAFC over 90 minutes, so expect them to hang back and try to make the score respectable, while we anticipate the Black and Gold will find a breakthrough eventually.

Our expert tipster partners at Sporita.com are predicting a home win in this match. Click here to find out what else they are predicting for this game and for more of their tried-and-tested football tips.Home Win:data
ID:494777:1false2false3false:QQ:: from db desktop :LenBod:collect12707: