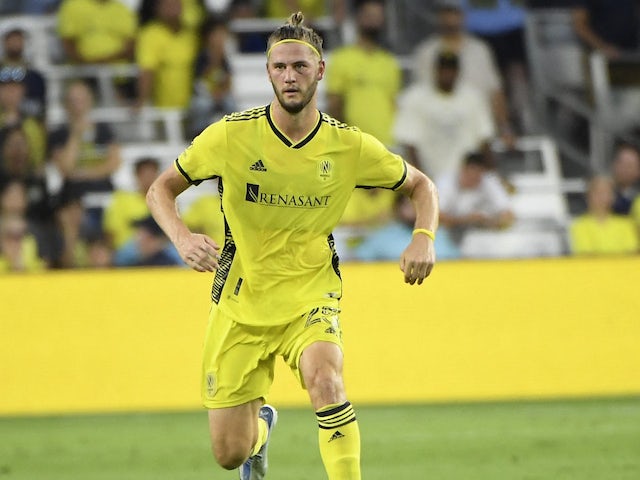 Nashville SC will look to end a five-game winless run when they welcome Minnesota United to GEODIS Park on Sunday.

The visitors, meanwhile, enter the weekend contest off the back of a couple of a 4-4 draw with Portland Timbers and a 4-3 defeat to Colorado Rapids.

The hosts may currently occupy a playoff place, but they will need an improvement in results if they are to qualify for the post-season.

Since beating Seattle Sounders 1-0 on July 14, Nashville have lost 2-1 to Los Angeles FC before playing out three consecutive 1-1 draws, while their latest outing resulted in a 4-3 defeat.

Nashville came from behind on two occasions to ensure last weekend’s meeting with Toronto was 2-2 at half time, but goals from Filippo Bernardeschi and Lorenzo Insigne gave the Canadian side a 4-2 lead.

Although Walker Zimmerman pulled a goal back, Gary Smith‘s side could not avoid a 4-3 defeat that extends their winless run to five matches.

The defeat leaves Nashville one point clear of eighth place, but they will hope that they can extend that gap with four of their next five games taking place at home.

Meanwhile, Minnesota will be looking for a response after their seven-game unbeaten run in the MLS came to an end away to Colorado Rapids.

The Loons entered last weekend’s contest off the back of a 4-4 draw, and although Minnesota opened the scoring through Abu Danladi, three quickfire goals gave Colorado a 3-1 lead after 15 minutes.

Luis Amarilla halved the deficit before half time, but Gyasi scored his second goal of the contest to reestablish the two-goal lead.

An 81st Brent Kallman could not prevent Minnesota from falling to a 4-3 defeat that also ended a run of three consecutive away victories.

Despite losing last weekend, Minnesota sit two points clear of Nashville in fourth place in the Eastern Conference, and they will be looking to extend that gap with a victory on Sunday.

Nashville are expected to be without the services of Anibal Godoy who is sidelined with a thigh problem, while Ake Arnaud Loba is a doubt for Sunday’s contest.

After coming off the bench in the second half of the 4-3 defeat to Toronto, Randall Leal could be presented with a starting place.

Hany Mukhtar scored his 13th goal of the MLS season last weekend, and he is expected to provide support to CJ Sapong in the forward line.

As for the visitors, they have a number of injury absentees to contend with, including Patrick Weah and Wil Trapp.

Romaine Metanire is also expected to miss out due to a thigh injury, while Hassani Dotson and Jacori Hayes are long-term absentees.

Despite losing to Colorado last weekend, Adrian Heath could name an unchanged Minnesota side for the trip to Nashville.

Both sides have been involved in entertaining contests of late, and we think Sunday’s encounter will also produce goals, but after winning three of their last four away games, we think Minnesota will edge out Nashville.

Our expert tipster partners at Sporita.com are predicting over 1.5 goals in this match. Click here to find out what else they are predicting for this game and for more of their tried-and-tested football tips.Over 1.5:data
ID:492189:1false2false3false:QQ:: from db desktop :LenBod:collect9981: