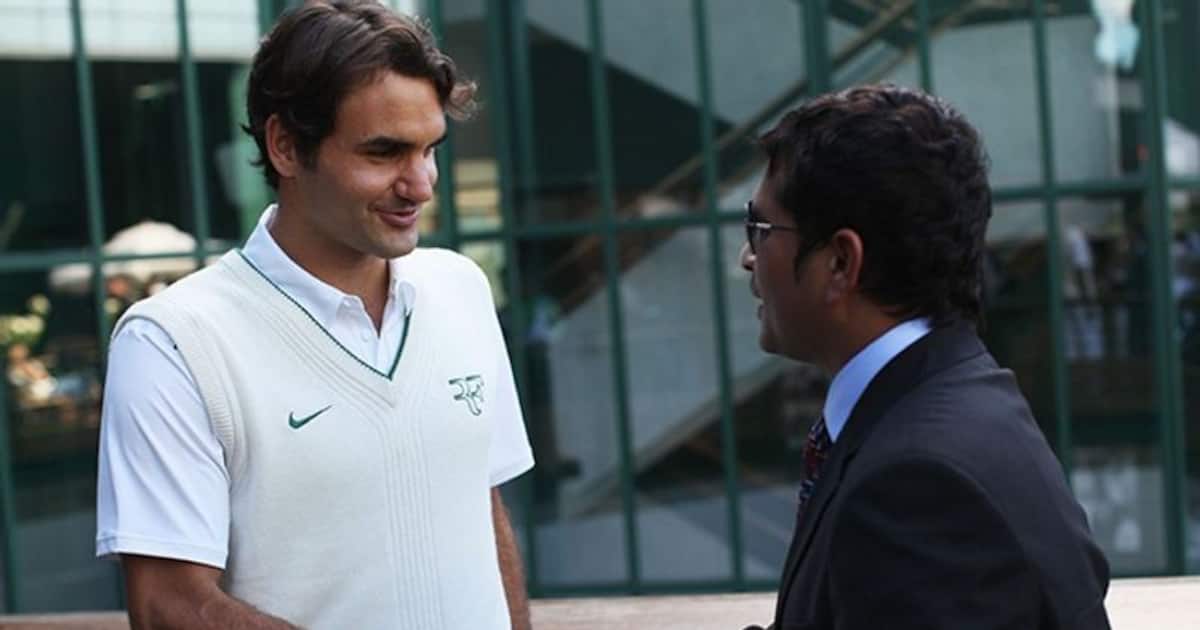 Bringing a glorious era to an end, Swiss tennis legend Roger Federer announced his retirement from the sport on Thursday, sparking a wave of reaction from sports stars, celebrities and fans worldwide. In an emotional post, the 20-time Grand Slam champion revealed that next week’s Laver Cup 2022 would be the last competitive professional event he will participate in. Widely regarded as one of the greats of all times, the 41-year-old ace is among the select few players who retire with a career slam.

Tributes poured in for Federer from all across the globe. Indian cricket legend Sachin Tendulkar, who shared a unique friendship with the Swiss ace, sent a heartfelt homage that has left fans in absolute awe of the two legends. The Master Blaster claimed that he fell in love with Federer’s brand of tennis, and thanked the Swiss maestro for all the memories.

“What a career, @rogerfederer. We fell in love with your brand of tennis. Slowly, your tennis became a habit. And habits never retire, they become a part of us. Thank you for all the wonderful memories,” Tendulkar wrote.

Tendulkar and Federer have communicated on Twitter frequently since their 2011 encounter at Wimbledon, where they initially met.

On one occasion, Tendulkar had even asked Federer to “exchange notes on cricket and tennis” as he quoted a video of the Swiss star play-acting a cricketing shot. The Swiss legend, in turn, replied, “why wait? I’m ready to take notes!”

Federer revealed his hardships with injuries and surgeries over the last three years in an emotional video statement posted to his social media accounts. He also said that his body had made it apparent that it was time to call it quits on his career. Federer confirmed that although he would keep playing, it won’t be in Grand Slams or tours.

“As many of you know, the past three years have presented me with challenges in the form of injuries and surgeries. I’ve worked hard to return to full competitive form,” Federer said.

“But I also know my body’s capacities and limits, and its message to me lately has been clear. I am 41 years old. I have played more than 1,500 matches over 24 years,” the 41-year-old’s statement added.

“Tennis has treated me more generously than I ever would have dreamt, and now I must recognize when it is time to end my competitive career,” Federer wrote.

Also read: ‘I wish this day would have never come’ – Nadal, Serena saddened with Federer retiring