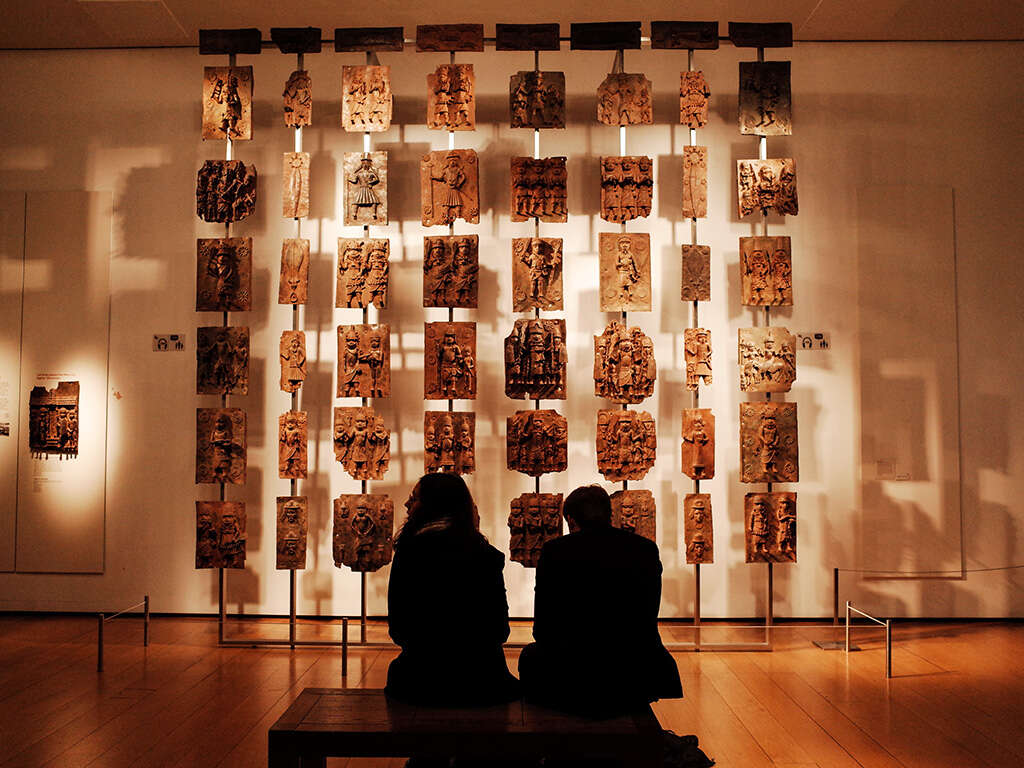 In 1962, Hugh Trevor-Roper, the Regius Professor of Modern History at Oxford University, claimed that Africa had no history: “Perhaps in the future there will be some African history to teach. But at the present there is none.” He added: “There is only the history of the Europeans in Africa. The rest is darkness… and darkness is not a subject of history.”

Unlike civilised Europe, with its bright lineage of magnificent art and architecture, the history of Africa, according to Trevor-Roper, was a barren landscape. Over a century earlier, the German philosopher GWF Hegel anticipated this viewpoint when he claimed that Africa was “no historical part of the world”, and had “no movement or development to exhibit”.

This conviction that Africa has no history or civilisation is a pernicious myth. Africa has many histories, encompassing many civilisations – and you can encounter one of them by simply taking a stroll through the British Museum in London. There you will find the Benin bronzes – marvellous plaques and sculptures, not all of them made of bronze; some are carved in ivory or wood. The artefacts were originally commissioned by the Oba (ruler) of the Kingdom of Benin, and a large portion of the collection dates to the 16th and 17th centuries – though the tradition of sculpting metal in that part of Africa goes back much further.

Some of the objects were made for traditional worship, and some simply act as repositories of cultural memory. They are not amorphous items; they have a distinctive look. And they are not simply pieces of art. They constitute a powerful symbol of a civilisation that lasted for over 700 years.

The Kingdom of Benin doesn’t refer to the modern-day Republic of Benin – a country in west Africa that gained independence from France in 1960 – but to a region in what is now south-western Nigeria called Edo. The bronzes, however, have been forcibly severed from their origins, the link to their past has been cut. In February 1897, over 10,000 artefacts were stolen during a raid on the Kingdom of Benin by British colonial forces. This raid marked the end of the Benin kingdom, and the Benin bronzes were auctioned and sold off. Over 900 of them are now in the British Museum.

But they are also held in more than 160 other institutions across the world. On 7 August, the Horniman Museum in London – which is in possession of 72 objects stolen during the raid of Benin City, and was recently named the Art Fund Museum of the Year 2022 – became the first government-funded institution in Britain to give the treasures back to Nigeria. The chair of the museum, Eve Salomon, said in a statement: “The evidence is very clear that these objects were acquired through force, and external consultation supported our view that it is both moral and appropriate to return their ownership to Nigeria.”

The Horniman is not the first institution in Britain to adopt this policy. Recently, Oxford and Cambridge universities announced they would, between them, return over 200 pieces to Benin between them. In 2021, Aberdeen became the first university to hand over a Benin bronze to Nigeria.

I suspect many other institutions will now follow. In January of this year, the Nigerian government made a formal request to Britain for the objects to be returned. The plan is to place them in the Edo Museum of West African Art, which is due to open in 2025.

[See also: “The festival is more fragile than ever”: the Edinburgh Fringe wars]

It would be trickier, however, for the British Museum to return the bronzes. For that to happen, the British Museum Act of 1963 would need to be amended or revised. This act of parliament makes it impossible for the museum simply to return the bronzes to Nigeria. It can lend an unspecified number, but it can’t legally transfer possession of them. And there is little chance of this changing in the near future: the current Conservative government is certainly unlikely to act. At a time when the culture wars are so intense, the Tories don’t want to look like they are acquiescing to the demands of progressive activists.

Many people make the case for returning the bronzes by invoking the language of social justice. These artefacts were stolen by a cruel imperial power, the argument goes, and they should be returned for the sake of decolonisation: redressing a moral wrong. In this sense, returning them is a form of reparation. This argument is eloquent, but I think it overlooks an even more profound case for returning the artefacts: the conservative case.

The conservative case for returning the Benin bronzes acknowledges that these are artworks and that being in the British Museum, in the heart of one of the most global and cosmopolitan cities in the world, allows them to be widely seen. But they are not simply pieces of art. They also come from a particular cultural context and possess a specific spiritual resonance: they have a history which is rooted in a place.

The conservative case for handing the Benin bronzes over to Nigeria eschews the rhetoric of abstract values and rights; it focuses on what is concrete.

When the historian Kenneth Clark, in the opening sequence of his BBC TV series Civilisation, proclaimed in front of the Notre-Dame cathedral, “What is civilisation? I don’t know; I can’t define it in abstract terms yet. But I think I can recognise it when I see it, and I’m looking at it now,” he was demonstrating a significant fact: there are aspects of a civilisation which cannot be divorced from their local context without losing some of their fundamental value.

When large parts of Notre-Dame burned because of an accidental fire in April 2019, this was a desecration, in both artistic and practical terms: that year, for the first time since 1803, Christmas mass would not be held in the cathedral.

But the pillaging of the Benin bronzes was also an act of desecration: although many are still in good condition, housed across the world, they have been ripped from the local context that gave value to them in the first place. Not the abstract value of artistic excellence, but the value of one father teaching his son how to cast a bronze, of a people recognising their ancestors in objects of vivid beauty.

Returning the Benin bronzes would be one way of reviving that historical connection, of respecting that civilisation. It would also be up to the people of Edo State in Nigeria to play their part. Africa does have distinctive histories and civilisations, and it should be able to take ownership of them.

[See also: Mark Haddon: “I’m quite lucky to be alive”]