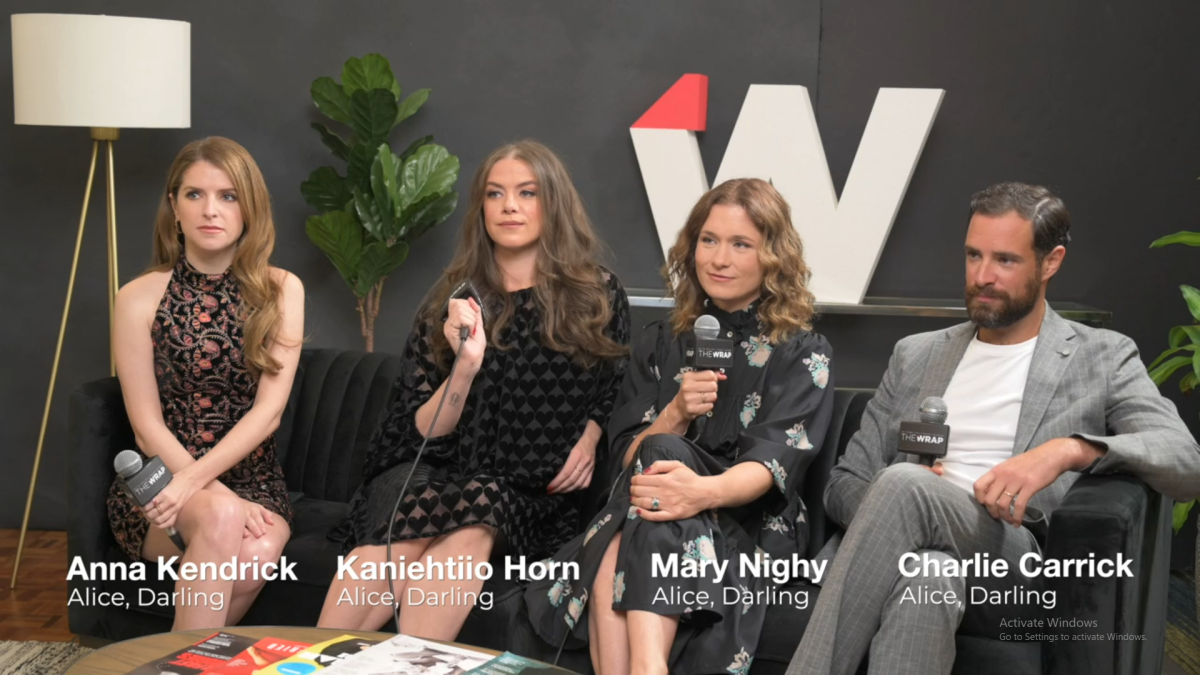 Mary Nighy made her feature directorial debut with psychological thriller “Alice, Darling” and as she explains it, it was the desire to illuminate the title character’s inner secrets.

“When I was sent the script by Katie Nolan and Lindsey Tapscott, I read it and I felt like it was really interesting to see a character, in the character of Alice, who was struggling with so much internally,” Nighy said at The Wrap’s and Shutterstock’s Interview and Portrait Studio at the Toronto Film festival. “As a director, it’s quite interesting to try and bring what’s hidden out into the light because it’s quite difficult to visualize what’s happening inside someone.”

“Alice, Darling” centers on Alice (Anna Kendrick), who is behaving strangely and keeping secrets about her mercurial boyfriend from her two best friends. When the three friends take a girl’s trip out of town, all secrets are revealed when a local girl goes missing and Alice’s boyfriend arrives unannounced.

Nighy kept the film grounded and wanted the story to resemble reality since it deals with relationships.

“I feel as though all of us wants to be involved to try and make something that’s authentic,” Nighy said. “We’ve seen films before about these, well not this kind of relationship, but relationships that deal with abuse, which are a bit caricatured, maybe a little bit melodramatic, and I suppose there’s movie land, and then there’s real life, and we were interested in trying to do something that resembles your life.”

The film deals with very honest themes, and that is what drew Kendrick to the role of Alice.

“We all knew we were kind of going to be walking a tightrope the entire time,” Kendrick said. “Showing someone’s subjective experience would be challenging and it was always kind of a push pull of how much do you show, how many kind of events do you show, and how much do you just let the movie unfold as, a portrait of somebody who’s falling apart and how much are we willing to trust that person’s subjective experiences as an audience and that’s sort of the whole question for Alice and the whole question of this kind of invisible abuse is, how much can you trust yourself?”

Charlie Carrick, who plays the emotional abusive and very controlling character of Simon, tapped into his character’s vulnerabilities in order to play the role authentically.

“I said to Mary right from the start, there’s no point in doing such a detailed study of somebody’s psychological state, if the perpetrator of the abuse is a one dimensional character,” Carrick said. “So the end result of his vulnerabilities is the behavior that you’re seeing there, but for me, I had to work from him outwards.”

Carrick added: “So I’m always interested in characters vulnerabilities and that’s where I started from so that the behavior was never justified, but I understood what he was thinking from from one moment to the next.”

Watch the rest of the interview with the cast of “Alice, Darling” in the video above.