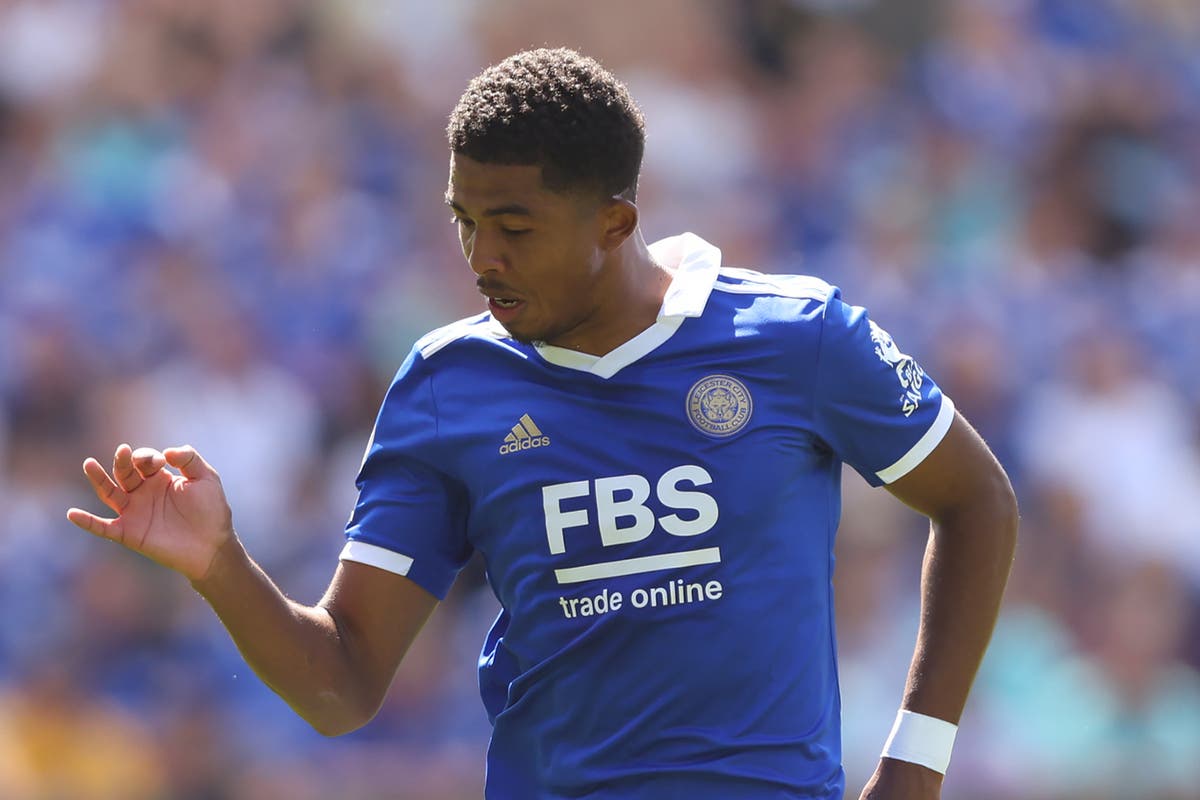 Arsenal, Chelsea and Tottenham are still pushing for new signings with just over three weeks left in the summer transfer window. Arsenal remain in pursuit of Leicester midfielder Youri Tielemans, while they have also been handed a major boost in their quest to land Wolves winger Pedro Neto.

Thomas Tuchel has dropped his biggest hint yet over a Chelsea switch for Wesley Fofana, with Timo Werner and Marcos Alonso both now poised to leave Stamford Bridge, possibly to be followed by Callum Hudson-Odoi. Tottenham are set to wrap up their seventh summer signing in Destiny Udogie and have also discovered just what it will take to convince Roma and Jose Mourinho to sell Nicolo Zaniolo.

The shock switch of the summer could be pulled off by Manchester United, who have seen a bid rejected for former West Ham and Stoke forward Marko Arnautovic – a move that has not gone down well with fans, it’s fair to say. Follow the latest transfer news, rumours and gossip below!

Brentford are poised to seal the signing of Mikkel Damsgaard.

The Bees were said to have agreed personal terms with the Danish playmaker over the weekend, having seen a £16.7m offer accepted by Serie A outfit Sampdoria.

According to Fabrizio Romano, Damsgaard will jet into London today in order to undergo a medical and officially sign his five-year contract.

Damsgaard is seen as the replacement for Denmark team-mate Christian Eriksen, who left Brentford for Manchester United earlier this summer.

Tottenham have discovered what it will take to land top target Nicolo Zaniolo this summer, reports suggest.

The Roma winger is believed to be Spurs’ next transfer priority as they wrap up a deal for Udinese left-back Destiny Udogie that is expected to involve the Italy Under-21 international being loaned back to Dacia Arena for the 2022-23 campaign.

ASRomaLive suggest that the Giallorossi want either £42m up front for Zaniolo or an initial loan agreement that includes an obligation to buy next summer.

There are also claims that Roma could look to engage in separate negotiations for Japhet Tanganga, Tanguy Ndombele, Harry Winks or Giovani Lo Celso, with former Tottenham boss Jose Mourinho keen to reunite with one of that quartet.

The Blues boss admitted concern at the age of his defence following Saturday’s 1-0 win over Everton, with Thiago Silva Cesar Azpilicueta and Kalidou Koulibaly all starting at Goodison Park.

Chelsea are trying to strike a deal with Leicester for 21-year-old Fofana, who started in the Foxes’ 2-2 draw with Brentford yesterday.

“We also need to make sure we have a new generation to take over in the next years but the guys are strong that is why they are under contract and the guys have our trust.”

In case you missed this shock news yesterday, Manchester United are trying to sign Marko Arnautovic.

Multiple outlets including The Athletic report that a bid worth £6.75m was tabled and subsequently rejected by Serie A side Bologna.

United are expected to return with a second offer, with former West Ham and Stoke forward Arnautovic, now 33, said to be keen on a switch to Old Trafford.

“It’s true that there’s a bid from a well-known club,” said the Austrian’s brother and agent Danijel. “I’m in contact with Bologna to see if that can be realised.”

It’s safe to say this move has not gone down well with United fans or pundits. When asked about Arnautovic on Sky, Gary Neville replied: “I don’t know… I’ve no comment on it” before bursting into laughter.

“I’ve got a comment on everything in the world – apart from Manchester United signing Marko Arnautovic today! I’ve got nothing to say.”

Arsenal may have moved one step closer to signing Pedro Neto, according to the latest reports.

The Gunners are said to have held a long-term interest in the Portuguese winger as Mikel Arteta looks to further add to his squad before the September 1 transfer deadline.

That is per the Daily Express, who claim that Arsenal have now been boosted in their quest for Neto, with Wolves on the verge of acquiring a potential replacement in Valencia’s Goncalo Guedes, having submitted a bid worth £27m.

David Moyes outlined his intention to “freshen up” his “stale” West Ham squad after an opening weekend defeat to Manchester City.

New signing Maxwel Cornet was introduced to the London Stadium fans at half-time of the 2-0 defeat before Gianluca Scamacca came off the bench to make his debut, but Moyes is keen for more new faces.

“We need to freshen up a little bit, we’re a bit stale at the moment,” Moyes told Sky Sports.

Timo Werner is on the verge of leaving Chelsea for RB Leipzig with talks progressing over a return to his former club.

The Germany international has fallen out with Thomas Tuchel and didn’t even make the bench in the 1-0 win over Everton at Goodison Park on Saturday.

It’s also not known whether it will be a loan or permanent move but the Bundesliga side are likely to want a wage contribution from Chelsea, with Werner’s current deal at Chelsea exceeding their highest earner.

Thomas Tuchel has given his strongest hint yet that Chelsea need to sign Leicester’s Wesley Fofana to compete at the highest level – due to the age of his current defence.

Thiago Silva, 37, Cesar Azpilicueta, 32, and Kalidou Koulibaly, 31, started the Blues’s opening day 1-0 away win at Everton on Saturday in a match where they rarely looked comfortable.

“We also need to make sure we have a new generation to take over in the next years but the guys are strong that is why they are under contract and the guys have our trust.”

Ibrahim Sangare has signed a new contract with PSV Eindhoven to 2027.

West Ham looked towards the midfielder following their defeat in the Amadou Onana battle with Everton.

Thomas Tuchel has confirmed that Marcos Alonso asked to be left out of the squad for Chelsea’s 1-0 win over Everton at Goodison Park.

The Spain international wasn’t in the 20-man squad that travelled to Merseyside with Barcelona in talks to sign the left wing-back.

The Blues boss didn’t confirm whether Alonso will leave amid ongoing negotiations but he revealed that 31-year-old asked to not play against Frank Lampard’s side.

“That is the case, he tries to leave and we agreed to this switch, and that’s why it would have never made sense to have him on the pitch today. It’s the right thing to do,” he explained briefly.