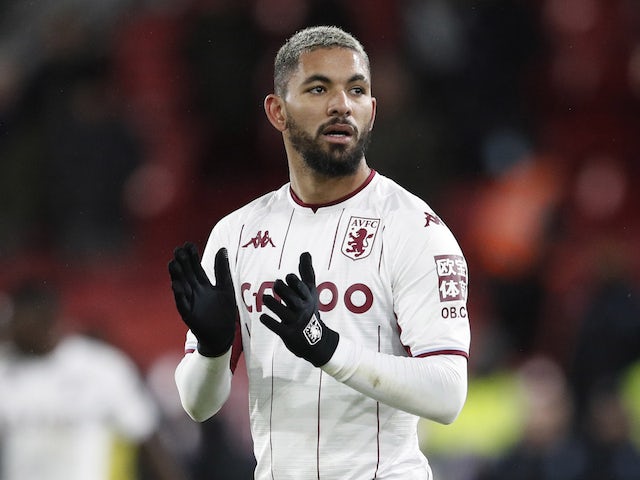 David Moyes‘s side are still in talks with Frankfurt over a deal for Kostic, but Calciomercato claims that Juve have now joined the race.

The report adds that Maximiliano Allegri is looking to recruit a new left winger this summer and has identified Kostic as one of his top targets.

The Croatia international, who only has 12 months remaining on his contract, has been an influential creative outlet for Frankfurt, registering 44 assists since the beginning of August 2018.

The Rossoneri were interested in signing Renato Sanches from Lille, but the Portugal international has opted to join Paris Saint-Germain in a deal worth around €15m (£12.5m).

TUTTOmercatoWEB claims that Luiz is now on Milan’s radar, although a potential move for the 24-year-old – who has less than a year remaining on his contract – has been described as “complicated”.

Since joining Villa from Manchester City in 2019, Luiz has made 111 appearances for the club across all competitions, scoring five goals and providing eight assists.

The report adds that Tottenham Hotspur duo Tanguy Ndombele and Pape Matar Sarr as well as Sassuolo‘s Davide Frattesi have also been identified by Milan as possible targets this summer.

Steve Cooper has experienced a hectic summer window at the City Ground, recruiting 12 new players and spending over £80m.

However, Forest remain in the market for further additions and Football Insider claims that they have entered negotiations with the Saints over a deal for Adams.

The report adds that Forest are attempting to move ahead of Leeds United in the race to sign the 26-year-old who has two years remaining on his contract at St Mary’s.

The Leicester-born striker has scored 21 goals in 110 appearances for Southampton since joining from Birmingham City in 2019, including seven strikes in 30 Premier League games last season.

Over in the States, Los Angeles Galaxy have completed the signing of Barcelona midfielder Riqui Puig on a three-year deal until June 2025.

Puig has since represented the Catalan giants on 56 occasions across all competitions, but the Spaniard is not regarded as a first-team regular by head coach Xavi and has been allowed to seek pastures new in the USA.

Speaking to LA Galaxy’s official website on the arrival of Puig, head coach Greg Vanney said: “We are pleased to welcome Riqui to the LA Galaxy. Riqui is a very technical and well-educated player with incredible experiences for his age. He will fit seamlessly into our group and style of play.”

Puig could make his debut for the Galaxy in their next MLS fixture away at Sporting Kansas City on Saturday.