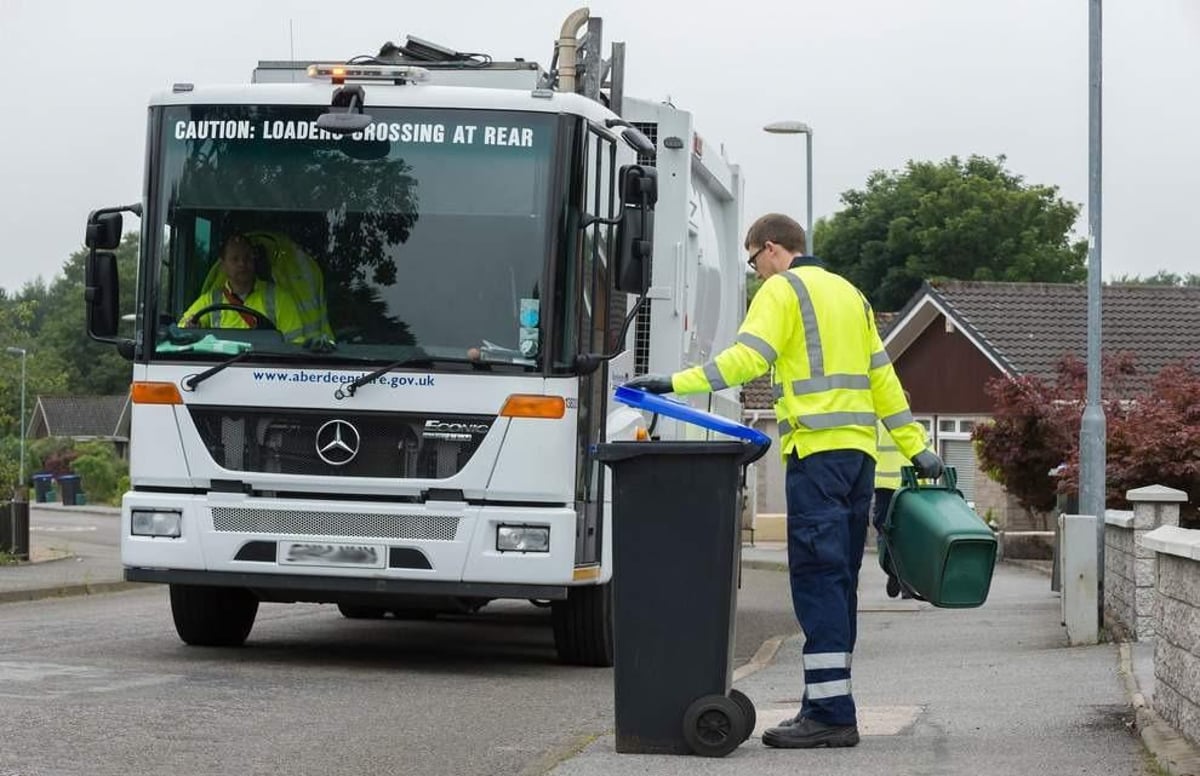 GMB Scotland and Unison said members in local authorities across the country will strike in two four-day stoppages over the next month in a dispute over pay.

Waste and recycling workers will walk out between August 26 and 29 as well as between September 7 and 10.

The threat of waste and recycling worker strikes across Scotland has intensified after unions announced eight more days of action.

The announcement comes as Cosla is due to make another offer to local authority staff following a meeting on Friday.

GMB Scotland has said the strikes are a “direct response” to “political failure” to make an offer its members can accept.

Its senior organiser Keir Greenaway said: “Unless Cosla and the Scottish Government make a significantly improved pay offer, more strikes will start across councils in just a few weeks.

“Both parties are squabbling while more of our members struggle with debt, fuel poverty, and hunger, exposing a huge gulf between politics and frontline workers.

“This is only increasing anger and fear among our members – anger over the lack of value shown to them and fear about what winter will bring in this cost-of-living crisis.

“Make no mistake, these strikes are a direct response from our extraordinary key workers to months of political failure.

“They are not prepared to accept working poverty as an inevitability, even if Scotland’s political leaders are.”

Unison Scotland’s head of local government Johanna Baxter said the announcement is the “first wave” of action that will “escalate” if a “significantly improved” offer is not made.

“The responsibility for this action lies squarely with the Scottish Government and Cosla, neither of whom seem to have grasped the gravity of this situation,” she said.

“Inflation is projected to be as high as 13%, the cost-of-living crisis is hitting people’s pockets now and yet local government workers still only have a 2% offer on the table, the lowest offer in the public sector.

“They have had months to sort this out but all we seem to get is dither and delay.

“Our understanding is that the money provided by the Scottish Government is half of what Cosla asked for and goes nowhere near matching the pay offer provided to council workers in England, Wales and Northern Ireland.

“If this is true then the Scottish Government and Cosla need to get back round the table and come up with a better plan or services will stop.

“The last thing Unison members want is a strike but they have simply been left with no other option.”

Unite Scotland this week announced 1,500 cleansing workers will walk out on August 24 and 31 unless an acceptable pay offer is made.

Unison has also said strike dates for school and early years workers will be announced in due course.