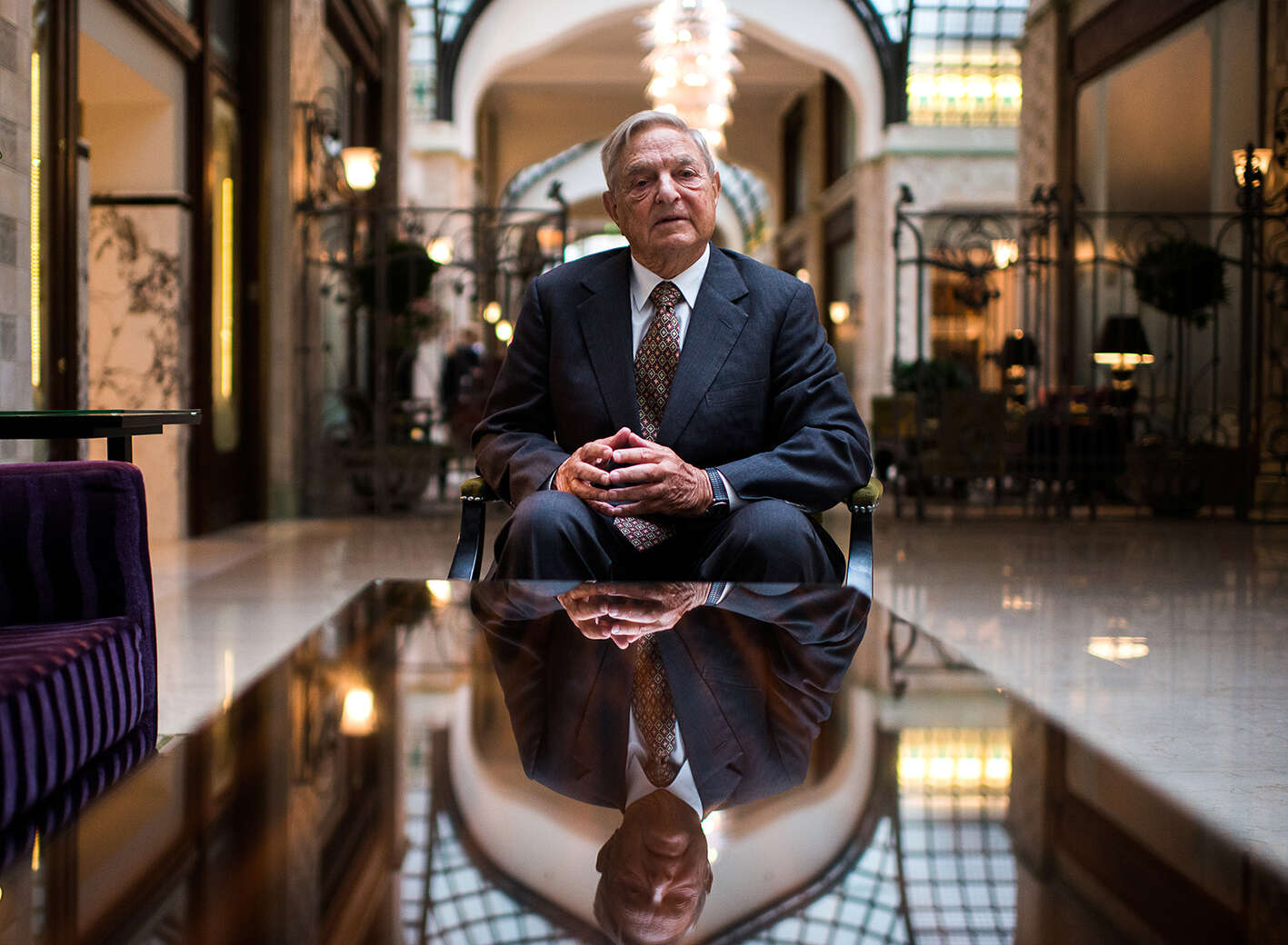 WASHINGTON DC – In the US, some judicial positions are elected. These include cities’ district attorneys and states’ attorney generals. The winners of these elections use their discretion in enforcing the law, as every prosecutor does. Their electoral campaigns involve donors, who, as in every campaign, give to the candidate who best represents their interests. One such donor is George Soros, the Hungarian-born billionaire who is often demonised by right-wing politicians and pundits, and who has backed progressive prosecutors in their campaigns.

“The democrats just blocked my effort to try & force Soros backed prosecutors to put dangerous criminals in jail,” tweeted Marco Rubio, a Republican senator from Florida, on 7 August. The tweet was accompanied by a video of him decrying Democrats for not supporting his amendment to require prosecutors to keep violent criminals incarcerated.

Rubio was quickly criticised for using anti-Semitic rhetoric. Notably, Fred Guttenberg, who lost his daughter Jaime in the 2018 school shooting in Parkland, Florida, tweeted, “Marco Rubio, what is a Soros-backed prosecutor? Do you mean Jewish? Asking for the many Floridians who are Jewish and who will be voting soon.”

This is not the first time Soros, who does indeed fund some progressive prosecutor campaigns in district attorney races, has been blamed for crime in America’s cities. There have been attacks like this for years, but they have grown louder as the US turns its attention to the midterm elections later this year. Last month, Brian Kemp, the Republican governor of Georgia, said of his opponent, the Democratic candidate Stacey Abrams, “even George Soros and her [Abrams] other liberal, out-of-state pals don’t have enough money to fool Georgians into electing her as their next Governor”.

The Georgia Republican Party got in on the action too. Jen Jordan is a Democratic state senator who is running to be the state’s attorney general. The party recently tweeted that “George Soros and Jen Jordan’s America is one in which violent criminals are treated better than law-abiding citizens”, and included a photoshopped image of the billionaire with his hands on the shoulders of Jordan. Last week, the Florida governor Ron DeSantis suspended the state attorney general Andrew Warren, because the latter refused to prosecute charges related to abortion and gender-affirming care for minors; DeSantis blasted him as a “Soros-backed state attorney”.

Rubio’s tweet and Guttenberg’s criticism set off a debate online and in various media outlets about whether it is anti-Semitic to lambast “Soros prosecutors”.

There are, generally speaking, two defences against the charge of anti-Semitism when invoking the influence of Soros. Both have been used in recent days. The first is that Soros is not the target of anti-Semitism because he is not Jewish in a way that his detractors recognise as Jewish. He does not go to a synagogue. His philanthropic work is not focused on supporting Jews specifically, or on Israel; in fact, he was a major donor to Human Rights Watch, which is often critical of the state and its policies towards Palestinians. Right-wing attacks on Jewish people for not being the right kind of Jews are not limited or unique to Soros: Bruce Reinhart, the judge who signed off on the search of Donald Trump’s Florida resort, was similarly attacked on 9 August. A former baseball player Lenny Dykstra tweeted of Reinhart: “I hope you all weren’t expecting that the synagogue where go-ahead-and-raid-Trump Judge #BruceReinhart is on the board of trustees is one where the congregation keeps kosher, observes the sabbath, etc. You can bet they’re into ‘social justice’ of course!” Dykstra then clarified that he is “very respectful of actual Judaism and observant Jews”.

[See also: The FBI raid on Donald Trump’s Mar-a-Lago resort was the rule of law in action]

To state the extremely obvious: one does not need to be Jewish in a particular way to be the target of anti-Semitic vitriol. That there are people, Jewish and not, who disagree with how Soros chooses to be Jewish, or who think that he’s Jewish in a way that doesn’t count, does not mean that attacks against him cannot constitute anti-Semitism.

The other defence is that it’s not anti-Semitic to say that Soros supports progressive prosecutors because its true. Certainly, since the 1990s Soros has worked in the US to encourage the treatment of drug use as a medical, rather than criminal issue. One of his first philanthropic efforts in the US was in Baltimore, Maryland, which was aimed at encouraging a more restorative, less punitive approach to drug use and criminal justice (there is still a programme in Baltimore today). And it is true that his efforts are not merely philanthropic, but also political; Soros does fund progressive prosecutors’ campaigns, sometimes successfully and other times not. This is not a secret, and Soros recently published an op-ed in the Wall Street Journal explaining his reasoning – with which people can agree or disagree.

But the issue here is not the identification of Soros as a political funder. That would constitute criticism. Rubio wasn’t just attacking a billionaire for throwing his weight behind candidates he doesn’t like, but he also seemed to imply that Soros is responsible for crime in this country. What is the implication there? Why would Soros be trying to control politicians with the aim of destabilising the country? The senator must be aware that it is considered an anti-Semitic trope to refer to Jews as foreigners and outsiders who wish only to corrode the nation of which they will never be a part, as is the claim that others’ agency is stripped away and assigned to Jewish people. Why, then, continue to use language in this way?

Similarly, Kemp’s line was not simply a critique of money in politics. The bought politician, the corrupting influence of the outsider – these are anti-Semitic stereotypes. Or what is really being said in the Georgian Republican Party’s tweet? George Soros isn’t running for office. What is the intent of saying that a person – yes, a Jewish person – not on the ballot is controlling the candidate, and that they wish to degrade citizens and uplift violent criminals? And why, when the trope has repeatedly been identified as anti-Semitic and as putting Jewish people and others at risk – when mass shooters cite conspiracies about Jews controlling other populations in their manifestos – would anyone persist in using it?

None of this is really about Soros, a billionaire who turns 92 this week. This is about whether ours is a politics based in reality or in conspiracy. It’s about whether our elected leaders choose to engage with or vilify those who disagree with them. It’s about anti-Semitism, and about dehumanising anyone and everyone who is caught up in America’s punitive criminal justice and incarceration system. It’s about who is seen as entitled to full participation in American society and who gets smeared as a Soros stooge.

[See also: Everything you want to know about the US midterm elections]