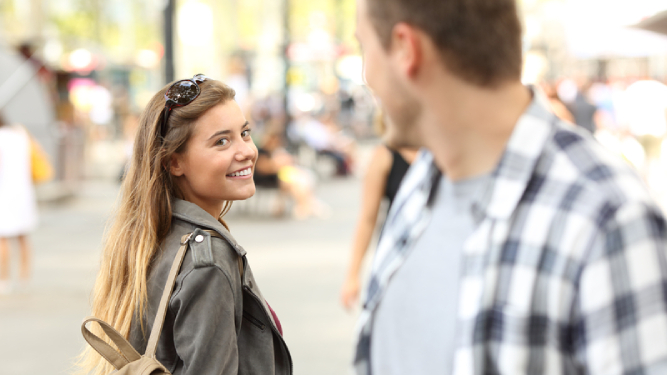 HORROR films are designed to scare, but nothing is more terrifying than these dumb, clichéd lines they insist on using.

‘Based on a true story’

A meaningless term slapped on crap films to give them a sense of dramatic weight. Test audiences should be filled with fact-checkers to nip this shit in the bud and spare everyone else the tedium. Everyone knows ghosts and demons don’t really exist, but if the script is good nobody cares.

‘If ye go there, ye shall never return’

The cryptic old man on the roadside who delivers this warning to the protagonists usually has a point. But no one ever listens to him because otherwise the plot wouldn’t go anywhere. Although if he got some smarter clothes and had a shave then maybe he’d have a better hit rate.

‘This better not be one of your pranks’

Characters love to shout this clunky line for no other reason than to reveal their exact location to the villain. If they insist on being friends with someone who repeatedly lures them into elaborate pranks though then maybe they deserve to be mauled by a werewolf.

‘See, nothing to worry about!’

Nothing signals that a character is about to get impaled quite like this line. It doesn’t matter if they’ve checked the perimeter for signs of spike-wielding zombies, if they say this then expect them to die in a matter of milliseconds. At least it gives audiences a decent warning before the jump scare.

It’s 2022, even cabins in remote woods and abandoned asylums get signal. On the off-chance that every character’s phone, laptop and smartwatch has run out of battery, they could still probably video call the emergency services via a toaster connected to the cloud. Do better, hack writers.

‘Why are you doing this?’

Expositionary dialogue of the lowest order. If the villain has axe-murdered his way through a Victorian hospital then he’s past the point of sitting down for a constructive discussion of his grievances. In fact it’s lines like this which probably pushed him over the edge.